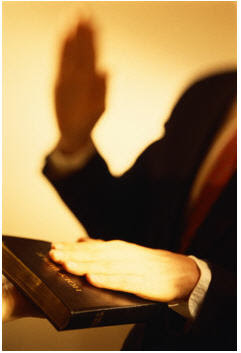 I suppose, being a doctor and all, I should say something about Obama's new policy on embryonic stem-cell research. On the other hand, as a surgeon -- and a non research-minded one at that -- it's not an area in which I have any special knowledge or expertise. But that's never stopped me from having an opinion.

From what little I know about embryology, it makes sense to me that embryonic stem cells would be more pluripotent than adult ones. And, as in other areas of science into which some want to insert their religious views while ignoring or denying actual data (evolution and cosmology, e.g.) I'm skeptical of deniers. Having no personal knowledge, nor having read much in the area, I find it significant that many researchers claim there is potential, and are delighted at the news of the policy change.

But that's not the point. This is:

Objections to use of embryonic stem cells are based on a religious view which is shared by a minority of the populace, and which, like so many other religious views, requires contorting oneself into inconsistent positions to maintain. The central one of which is making no distinction between the humanity of a cluster of a few cells of microscopic size, and that of a fetus. I understand the desire of many religionists to think in absolute terms. Gray is not on the palette, nor such words on the palate. But even that's not the most important point. This is:

It's simply nonsensical to argue that it's better to destroy embryos (or, even more ridiculously, to keep them frozen for all eternity) than to use them for research. It leads to such sophistry as this:

...to the extent that pro-lifers do accept the current fertility-clinic culture as a given, I still think there's a worthwhile moral distinction to be drawn between "pointlessly" freezing the embryos left over from an attempt to have children, and just handing them over to be killed. Yes, a frozen embryo will probably be destroyed eventually, and the pro-life gesture involved in freezing it is probably just an empty gesture. But there's still a difference between a situation in which death is probable and a situation where it's inevitable, and I think it's a mistake to efface that line...

I wonder if it's hard to breathe when you've bent yourself around that tightly.

Apocalyptic arguments notwithstanding (I'm not referring to the above paragraph: I'm moving on), in reversing the Bush rules we're not talking about baby farms, about producing embryos just for the purpose of research. There are, and will be, more than enough from legitimate fertility clinics. Nor is the lining up a gaggle of "snowflake children" for public display any sort of logical argument: no one is suggesting wrenching the implanted from anyone's womb. If you think every frozen embryo can be adopted, line up takers, not the finished product.

So. I don't know if embryonic stem cells have more medical potential than adult ones, but, based on dimming med-school memories, I'd bet they do. In any case, I'd like to find out. I have no problem with taking a pre-existing and unused cluster of entirely undifferentiated cells, a microscopically small group, and using them in legitimate and potential life-saving research, as opposed to flushing them down the toilet or pretending to preserve them with no end-point and no intention of implantation.

To those who argue differently on religious grounds, I say I respect your right to those beliefs. God knows there are even greater inconsistencies regarding life in the Bible. But I'd suggest the following compromise: rather than working to prevent others who believe differently from enjoying the benefits of embryonic stem cell research, why not just take a pledge -- and make good on it -- not to avail yourself of any therapies that come from it? Start a movement, take a vow, raise your right hand, sign up everyone you can. If their diseases make it too hard for them to make a mark, sign it for them. And if they forget they signed, remind them.