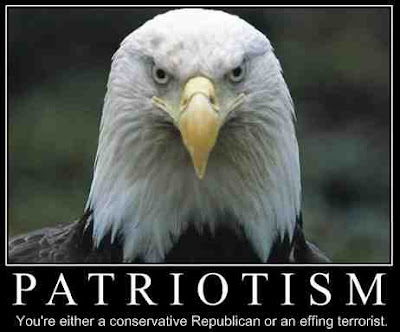 Another month of enormous job losses. Over four million lost since the beginning of the recession. Fear, trembling, panic.

And still, all we get from the Republicans in Congress is obstruction and idiocy. John (Don't-pronounce-it-like-it-looks) Boehner calls for a government spending freeze for the rest of the year. This is the quality of their leadership, the best of their ideas. Even more dumbfounding is the lack of commentary in the media pointing out how stupid it is. It's like the emperor and his clothes: no one is willing -- no one of importance, anyway -- to stand up and say the guy is a f*cking moron. (Well, actually David Brooks, medium-coherent conservative depending on which direction he's bouncing on the I like Obama I hate Obama seesaw he's been of late, said something, three days after I started writing this.) (And, it seems, I'm not the only one who thinks this way. [May I also say I write many of these posts ahead of time. This was finished before I came upon the linked commentary. With which I wholeheartedly agree.])

As is obvious from my writing, I simply can't get my mind around it. In the greatest economic crisis since the Depression (and who knows where the bottom is?), you'd think all parties would work to find solutions. And you'd think that even those who disagree with Obama's approach would at least allow that he's making an honest attempt. But no. It's politics beyond usual. And the noise machines have ramped up the vitriol to frightening levels. And that I mean most literally. Abandoning even the prior pretense of "fairness and balance" (yeah, like "murder" means massage, "sunbeam" means soupbowl), Fox News announces a fight to the death (which could turn out to be true) with Obama. Morning to night, there's no lie too big to spread, no dire motive too insane to attribute. He's trying to destroy us! He's making up the crisis!! He wants to take over as a permanent dictator!!! He hates successful people!!!!

Under George Bush, the prevailing ethic was no-holds-barred greed and wealth aggregation in the few at the top. Some people made out like crazy and, obviously, didn't care a bit about the hole that was being dug for everyone else. What kind of idiot worries about a false economy if they're doing great? Who cares about the meaning of patriotism and country, if they're just words to allow obfuscation? So it's hard, even for a non-cynical soul like me, not to believe that this furious resistance is only about preservation of their riches and power, and not at all about what they think is right for the country. Showing absolutely no desire to help, their cynicism and unchecked self-interest is breathtaking. Their willingness to do and say anything, no matter how outrageous or self-evidently false is of unimaginable scope. An entire party, with a single mind, has decided not to help in any way, in a time of undeniable need. Not only not help: to apply effort only to destruction, without advancing a single useful idea.

In fairness, to do otherwise would require a complete rethinking of their paradigm; it would mean a shift from thinking only of self, to believing that there's merit in considering the country as a whole. That being only very rich instead of immeasurably rich could have long-term trade-offs that would be worthy.

(When the Seattle Mariners offered A-Rod a mere eighteen million a year, he felt disrespected, and went away and took steroids.)

Where's the outrage? Where's the so-called liberal press calling it what it is? Stupid, empty, hyperpartisan. Dangerous, destructive, unhelpful. Insane.

After 9/11, which was not anywhere near the threat to our survival that the current economic crisis is, Democrats -- who were in the minority in both houses of Congress -- rallied around the president. For whatever wrong reasons, many of them voted to authorize the Iraq invasion. They worked on and agreed to the ironically named "Patriot Act." Common peril led to common effort. Misguided, credulous, poorly conceived; but common effort. President Bush, it was believed by all, was doing what he thought best for the country. Until it was obvious the war was a disaster, and that Bush had taken advantage of the crisis to advance a very dangerous theory of presidential power*, there was broad support of his efforts to respond to the terrorist attack, setting aside misgivings and giving benefit of doubt. But that was Democrats. You know, the party that blames America first, according to Bill O'Reilly. That hates their country, according to Sarah Palin.

The contrast, in this crisis, with Republicans in the minority, is striking, and deeply disturbing. Among the entire lot of them in Congress, there were only three willing to help. Among the shouting class, and their propaganda machine, not a single one. Before a nickel of the stimulus money was spent, there was universal resistance and condemnation. Hope for failure. Only the most horrible of motives have been ascribed to President Obama. There's absolutely no evidence of desire to help the country; only to continue to help themselves to the spoils. Except for Democrats, among those who have means there is no willingness to give up anything for the greater good. None. It's astounding.

And devastating. We're irreparably broken politically, and it will kill us.

Where did the patriots go? What happened to love of country among those who claim to own it? Only when it can be used to enrich themselves is the concept of use to them. Sacrifice? Pitch in? Compromise? I spit on your sacrifice, I reject your call for common effort and common ground. I have principles.

*Talk about irony: commonly repeated with horror, from the right, is Rahm Emanuel's statement that you should never let a good crisis go to waste. Which is exactly what Bush did with 9/11, trying to turn a presidency on the rocks after nine short months, into a monarchy. But hypocrisy is the mother's milk of politics.
.