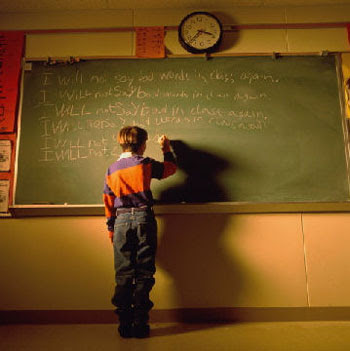 There's more than enough, in Republican reactions to Obama, to keep me amused. Among the most ridiculous memes currently afloat is the idea that liberals like to punish the rich. Even Andrew Sullivan, that most reasonable of conservative bloggers, buys into it. If sh*t would stay stacked, that one would be at the top of the pile.

In my view it's a question of responsibility. For one thing, the liberal leaders who propose tax increases on the wealthy are, like their conservative counterparts, wealthy. So are all those liberal Hollywood types. I don't enjoy paying taxes, but I don't begrudge it. I think I'm getting value; if not free of waste, government spending is more helpful than not. I drive on roads, I like having cops around. I prefer educated voters, no matter in which party. I think Iraq was the worst mistake any president has ever made, but I'm glad we have an army.

I recall, as a kid, my dad swearing profusely over his 90% tax rate; at the time, I believe he was making less than $30,000 a year. Completely ridiculous. Under Bill Clinton, the highest rate was 39% and at that time I was making enough to pay it. Like everyone else, I'd have preferred to pay none at all. But I reminded myself of my good fortune. Yes, I worked eighty or more hours a week to earn what I did (which, for the record, was never enough to be in Obama's proposed highest bracket), and I knew people making a hell of a lot more who, by virtue of shady tax shelters were paying way less, bragging all the way. I considered it despicable. Worse, by an immeasurable amount, than those on public assistance whom they loved to decry.

Just as there are conservatives who call for (and have accomplished) the murder of abortionists, and just as there are many more who overtly hope for Obama's failure, I don't doubt there are some liberals who believe the wealthy are undeserving because they got their wealth by oppressing their workers. Or stealing it. (One might add that, historically, there's plenty to back it up.) But the belief that we need to return to the tax rates under Clinton, when far more people were doing well, the dollar was strong, the economy was booming, and we were paying down debt instead of running it up, is hardly evidence of wanting to punish the wealthy. But it's great Limbabble.

I've said it before: I don't know where the perfect sweet spot is: 100% taxation would lead to the end of production; 0% taxation would lead to the end of government and all necessary services. The right amount is somewhere in between. Clearly, it's higher than the rates under Bush, because, demonstrably and inarguably, they've led to disastrous increases in debt and were at least part of the collapse of our economy. If it's not "fair" that the wealthy pay more in total taxes than people of lesser means, it's also not fair, as Warren Buffett said, that he paid a tax rate of 17% while his secretary paid 30%. Which is how it is for the clever rich, who manage to make most of their money via capital gains.

There's an endless number of ways to cook the numbers. Rich people pay more of the tax total than poor people because they make more money. Duh. But the bottom line is that there is an extent to which, as a country, we're in it together. There are those who, by virtue of luck, in-born intelligence, upbringing, connections, whatever, have been able to make more money than those who work just as hard and struggle more to make less. For several years I was in the former category. I never participated in tax shelters. Having chosen to be in a clinic in which the money of the higher earners subsidized those in specialties less able to produce, for my entire career I made half as much as many surgeons while doing twice as much work. Literally. It wasn't because I wanted to punish myself.

It's a strange thing to me that the party that claims a corner on the values market, that claims more patriotism than its counterpart, is the least willing to pitch in in a time of dire need. And what's being proposed is a return to the only time since well before Ronald Reagan when the economy was thriving and the budget was balanced. And we're not talking about those days of my father's 90% rates.

Email ThisBlogThis!Share to TwitterShare to FacebookShare to Pinterest
Labels: taxes