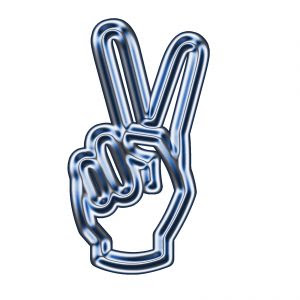 There seems to be a confluence of events around the Bush legacy of torture, coincident (or not) with Dick Aptonym Cheney's brief return to the human realm wherein he declared the US less safe under Obama.

Asked if he agreed, General Petraeus -- a credible voice, one might argue -- says no. More significantly, an article appears confirming that no useful information was in fact obtained in one of the most famous and highly-touted (by George Bush) cases of water-boarding and other torture techniques. It wasn't the first time it's been said. In fact, Bush continued to claim not only that important intelligence was garnered, but that the victim was an al Queda bigwig, even after he knew both statements to be false. Worse: he pressured George Tenant to keep quiet about it:

"'I said he was important,' Bush said to Tenet at one of their daily meetings. 'You're not going to let me lose face on this, are you?'

Knock me over with a feather.

A former Bush official opines that Bush "panicked" after 9/11, and that Guantanamo was a major overreaction. In other words, after he finally managed to put down that book, he went nuts, endangering us all. Contra Cheney.

Waking up from a long slumber, some media outlets are actually using the word "torture" to describe what was done (sort of), having for years accepted Bush's avowal that the US doesn't torture simply because he undefined the word.

And now it seems legal action might actually be taken against those who established the illegal and destructive policies. Not in the US, not yet anyway. But somewhere. Given all of the above, it's hardly lefty craziness to think it ought to be done here, too. In fact, in a world in which principles mattered, you'd think conservatives would be the most outraged at this illegal and dictatorial abuse of presidential power. But, most certainly, that's another world.

Having argued here many times that torture is ineffective and that its use has done us great harm, I'm feeling a little vindicated by these recent bits of news. Me, and everyone else who's been paying attention and able to see beyond ideological blindness. And as long as I'm feeling smart, I'll add this: we'll see the resurrection of the economy as a result of Obama's programs. And if I turn out right about those things, how about this prediction: once the economy is clearly on track and jobs are growing, President Obama will do the politically unthinkable and take on entitlement reform and military spending as ways to bring the budget back to balance. Because, as I've also claimed, and continue to believe, I think he's for real. If he does that, he'll end up pissing off the far left and the far right.

Then all he'll have left is everyone else; ie, about 80% of the country.
.