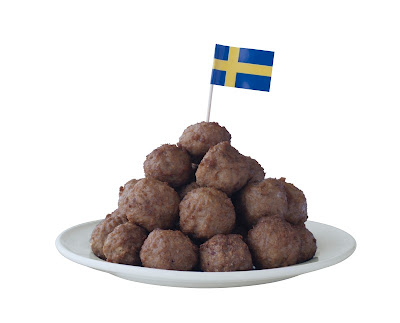 Not alone, I'm sure, I've been pondering the larger meaning of the world-wide economic melt-down, and wondering if good could possibly come from it. Might it fundamentally change our paradigm for living our lives, and if so, could it make it better?

For decades the US economy has been built on consumption, and on the coveting of things. Above all else, we've been told, we need to acquire stuff. I suppose it's also true of much of the western world, but the US has taken it to incomprehensible heights. What better example is there than the Bush-recommended public response to 9/11: Go shopping! Simple logic and a moment's thought say it's an unsustainable model: using up resources, producing more garbage, polluting the environment, burning down the planet, building more places to put everything. On a finite planet, it can't go on forever. And the thing of it is, even as we acquire more stuff, people only seem to get emptier and more unhappy, more isolated and frustrated.

I just got back from a weekend with a bunch of family members. We talked, we laughed, we ate some fabulous (as usual) home-cooked food, had some wine. Didn't cost much, didn't use up much or throw away much. And it felt really good.

Rush Limbaugh and his party scream about tax hikes and scare about socialism. Let's not become like Europe, they say.

Well, let's see. In Sweden, where their tax rates are in the 50% range, everyone has health care, school is covered from kindergarten through grad school, and old folks are guaranteed nursing homes if they need them. The rich aren't as rich as here, and the poor aren't as poor. They don't have as many Beemers, their houses are mostly smaller. And they work fewer hours, have more vacation time. Polls say they're happier. Spending time with friends, family, hiking, being healthy. It seems there's more to their lives than acquisition, they participate more actively and widely in their democracy than we do (which means they chose their priorities and level of government services and taxes), and they're more contented for it. Goddamn socialists.

Talk that up and you'll get greeted like Dutch Elm disease on this side of the pond.

I don't know. I like cars. I'd like to have a HDTV. At the end of my internship, I spent the whole $3500 I'd saved from my $8000 salary and bought a BMW 1600. Loved it, I or my wife driving it every day until we fixed it up and donated it to the Little League auction twenty years later. I know I'd like an M3; hell, why not an M5? (Ain't no way I'll ever spend that kind of money on a car, even if I had it. Which I don't and no longer ever will.) Taking my wife's ten year old Mazda Miata on a spin in the country gives me great pleasure. My partner's Porsche, when he let me give it a ride, even more. But here's the thing: it's nothing like the pleasure of hanging around with my extended family on a weekend. If I had friends any more, that would be better, too.

Could it be that we've been led down a garden path, convinced that it's stuff that makes us happy? Advertised, seduced, role-modelled, for-profitted into delusion? For whose benefit, exactly? But without that unquenchable desire for more things, our economy would fail.

Oh wait. It just did.

This would seem to be the time to take stock (no, not that kind: it's worthless now.) Life is short. Defining happiness by the things you own doesn't seem to be working all that well. Could it be that, rather than hating rich people and punishing wealth for their own sake, those who argue against the enormous income imbalance that has occurred in this country in the last few years are actually onto something? That we've lost sight of the real potential for joy in life, in the name of making more and more money to get more and more stuff? That we're wasting our one and only chance? On the other hand, could our country sustain itself if we changed? Is there a collective reset button? I doubt we'll find out until the second time around, after it all burns down and we try again, if there's anyone left.

You can be damn sure the party of Rush Limbaugh (he who will have more money than god no matter what the tax rates are) will never let it happen. He'll keep his limp listeners convinced that anyone who calls for a second look is out to destroy us all. It's socialism!! It's horrible. The very word, it's.... it's.... well, it's just perfect to inflame the dittoheads. Meanwhile, his way, we've been doing a pretty good job of economic destruction already, especially for the last thirty years (1992 - 2000 excepted.)

Besides, Sweden has beautiful women and ski instructors and national happiness. Can't have that. It's unAmerican.

And Volvos. I hate Volvos.

Email ThisBlogThis!Share to TwitterShare to FacebookShare to Pinterest
Labels: the economy, volvos