Credit Where It's Due (Or Not) 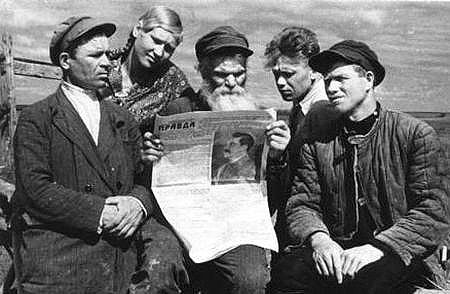 John McCain wrote a commentary in response to Vlad Putin's now infamous one in the NYT. McCain's appeared in "Pravda," the Communist answer to Fox "news" in Russia; although I gather this organ, while named "Pravda" (which, as we Russian language speakers know, means "truth" and, at least when I traveled in the Soviet Union at the height of the Cold War was to truth as Fox is to news) isn't the same "Pravda" that's more well-known.

At any rate, kudos for "Pravda" for printing it, and even more to John McCain whose straight talk was impressive:

... President Putin claims his purpose is to restore Russia to greatness at home and among the nations of the world. But by what measure has he restored your greatness? ... He has given you a political system that is sustained by corruption and repression and isn't strong enough to tolerate dissent.

How has he strengthened Russia's international stature? By allying Russia with some of the world's most offensive and threatening tyrannies. By supporting a Syrian regime that is murdering tens of thousands of its own people to remain in power and by blocking the United Nations from even condemning its atrocities. ... He is not enhancing Russia's global reputation. He is destroying it. He has made her a friend to tyrants and an enemy to the oppressed, and untrusted by nations that seek to build a safer, more peaceful and prosperous world.

I do believe in you. ... When I criticize your government, it is not because I am anti-Russian. It is because I believe you deserve a government that believes in you and answers to you. And, I long for the day when you have it.

So, good for him. It's said that that version of Pravda doesn't get read much; but I'd bet the piece will go viralskii pretty fast over there. If there is such a thing.

On the other hand there are those who see it very differently; from the fact that it's in the "wrong" Pravda, to the fact that it's a provocation at exactly the wrong time, and suspecting that what McCain is really up to is kiboshing the Syria WMD agreement so we can have another war, which is way past due, in his view.

The man who crashed in the 2000 primaries, the man who acquiesced to CIA torture (the same methods once used on him) in 2006, the man who claimed to put country first in 2008 and then impetuously picked an unstable half-wit as a veep candidate, the man who wanted to launch a war with Russia over Georgia, and the man who has spent the last five years actively trying to undermine the president’s foreign policy when visiting Israel … well, we should expect stupid amateurish displays of ego like an op-ed in the wrong Pravda.

Yes, it was the wrong Pravda, one founded online in 1999 and not connected to the other Pravda founded in 1912. But McCain is not exactly known for his precision, is he? And at a moment when the US needs to keep relations with Russia stable – because Russia is critical to controlling and destroying Assad’s chemical weapons – McCain lobs a rhetorical hand-grenade at the Kremlin...

... But this pointlessly provocative op-ed is also obviously serving a purpose. McCain wants the US to go to war in Syria in order to achieve regime change. For him, remember, Iraq was a huge success. Now that he has been stymied in this effort – stymied by the president and the Congress and a huge majority of the American people, 79 percent of whom back the US-Russia agreement – he has decided to try and sabotage it.

Well, now that I think about it, and given McCain's penchant for self-serving glory-seeking and the fact that he loves him some war, I might have been wrong, and Sullivan right. After all, McCain has been nothing but an Obama-pricking asshole since the American people rejected him and his "half-wit."

Another chimes in as well. So, I take it back. He's still an embarrassment to himself and, now, to the rest of us, too.