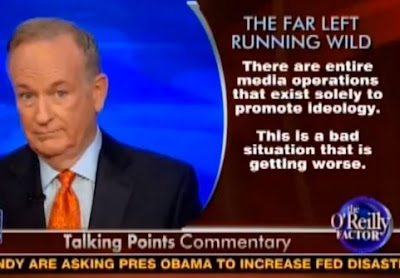 Just in case there's anyone out there who still thinks Fox "news" is something other than a propaganda network (actually, there are tens of millions) whose sole mission is to bring down President Obama no matter what he says or doesn't, no matter what he does or doesn't, note what they were claiming after Obama's speech on Syria. Awash in people saying the same thing, the message was that, in finding a diplomatic approach which involved Russia, the US had been "humiliated."

Then consider what, months before the president actually did it, Fox president Roger Ailes said he'd have done:

In Zev Chafets’ 2012 book Roger Ailes Off Camera the president of Fox News is quoted saying if if he was in the Oval Office he would “open a new front” in Syria, and that he’d use use flattery and the promise of international prestige to convince Russian President Vladimir Putin to join the intervention.
From Ailes’ comments in the book:

“Putin is angry. He thinks the United States doesn’t take him seriously or treat Russia as a major player. Okay, fine, that’s how he feels. If I were president, I’d get in a room with him and say, ‘Look at the slaughter going on in Syria. You can stop it. Do it, and I’ll see to it that you can get all the credit. I’ll tell the world it was you who saved the innocent children of Syria from slaughter. You’ll be an international hero. You’ll go down in history.’ Hell, Putin would go to bed thinking, ‘That’s not a bad offer.’ There will still be plenty of other issues I’d have with Russia. But instead of looking for one huge deal that settles everything, you take a piece of the problem and solve it. Give an incentive for good behavior. Show the other guy his self-interest. Everybody has an ego. Everybody needs dignity. And what does it cost? You get what you want you give up nothing.”

Let us await, breath abated, for the interview with Ailes the Foxies will surely produce, shall we?