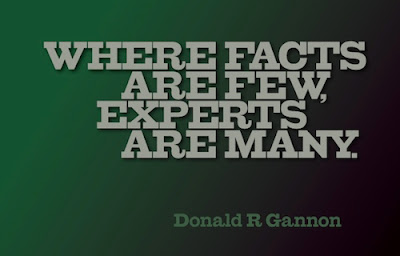 Only slightly under the radar is the fact that a Syria "expert" on whom both Johns Kerry and McCain relied in their claims of moderation among the "rebels" turns out to be a liar. She falsely claimed a PhD; then, when found out, claimed it was only a misunderstanding: she'd defended her thesis but hadn't yet been granted the degree.

Okay, these things happen. In med school, I always pointed out to patients who called me "doctor" that I really wasn't one yet. But honesty only takes you so far... Needed to do that rectal exam.

Anyhow, it turns out the "misunderstanding" went a little further. She wasn't actually in an advanced degree program at all. I have no idea whether her opinions on Syria are valid or not, although it seems pretty clear that characterizing some of the rebels, anyway, the ones that tear hearts out and eat them, or the ones that line up prisoners and shoot them in the back of the head and send around the videos, as "moderate" might be based on criteria that differ from mine.

But what really gets me is this:


“There is little I can do to assuage the lack of credibility this misrepresentation has created, as well as the confidence my colleagues and others who have relied on me may have lost the past several weeks. Their anger and distrust is understandable, however, I never intended to willfully deceive anyone,” O’Bagy said.

What sort of person can say that with a straight face? Only a pathological liar. "Never intended to willfully deceive." Really? What did you intend?

Also, it's a split infinitive.