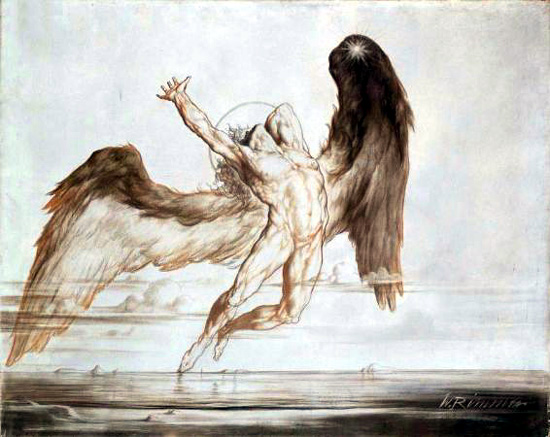 My latest column in our local newspaper. Sort of a pre-swan song.

A recent letter writer has a point: I’m no Charles Krauthammer. Ever since I started doing this column thing, I’ve asked myself why, and who am I to be doing it? Krauthammer, despite his hyper-partisanship and blinding contempt for our president, has a national forum and a Pulitzer. Me, I’m just some guy who reads too much, thinks too much, and gets upset.

I’d argue the writer misses an important point, though: he’s correct when he says I’m, shall we say, unkind to today’s Republicans. But he overlooks the “today’s” part. If there’s been a consistent message in my writing, it’s lamenting the insanity that’s officially overtaken that party, nationally. As many ways as I can, I’ve said we need two opposing parties to make our democracy work. But when one has gone galloping over the edge, electing people like Bachmann, Gohmert, Braun, and so many others, science-rejectionists all, spinners of conspiracies, uncaring obstructers who offer no alternatives except defunding everything our future requires, well, there’s a problem. And Sarah Palin! Proudly simplistic, hard work averse, slogan-slinging and hypocritical self-promoter. Still considered credible. Seriously?

So I’ve cried out. Clearly, though, the message doesn’t get through. Maybe it’s because I lack persuasive eloquence; or maybe it’s because of the insanity itself: the writer says Krauthammer calls the facts “as he sees them.” That, in a nutshell, is the problem. I state the facts as they are. Then offer my opinion. There’s a difference.

I’ll argue until my last breath that there’s no comparison between our current political parties in terms of seriousness, of trying to do what’s most right for the most people. Among Democrats there’s no equivalent to Louis Gohmert, who just said he thinks liberals might be trying to “cull the population” using vaccines. That’s insanity of galactic proportions: if his words were fog, there’d be thousand-car pileups on interstates across the land. I mean, vaccines have wiped out polio and smallpox, right? Worst culling ever. Republicans elected that guy; his wild-eyed pronouncements are countenanced by his peers, and greeted with enthusiasm by his voters, who’ll surely reelect him. We’ve always had raving lunatics, and always will. But how is it that one party’s solution is to send them all to Congress? When has one party so unwaveringly refused to rise above petty politics?

Absent Democrats, nothing George Bush proposed would have become law. Literally nothing. TARP, No Child Left Behind, Medicare part D, the awful authorization to invade Iraq. Without Democrats, the flaws in NCLB and Medicare part D would have been left to fester; instead, they joined the battle to help fix them. It’s how good stuff happens. Compare and contrast: The Affordable Care Act. Balancing the budget.

I wish today’s Republicans would come to their senses and engage the process with sincerity, because actual conservative ideas, long since abandoned by the people in control of their party today, need to be part of the mix. Snohomish County hasn’t elected Gohmert/Bachmann equivalents. Yet. Maybe we have enough thoughtful voters that if they were to speak out and not reflexively defend the indefensible, it could help bring our political process back to workable. I’m not optimistic.

But here’s the real point of today’s column: I’m gonna bag it. I agree with that writer: I have no business doing this, even though the facts are on my side. Maybe if I weren’t so troubled by comparing today’s decidedly not conservative party to what once was, I could write with less exasperation. But, so help me, I can’t help it. I might have a grandkid one day, and I’d like her to be born into a world where there’s hope. But today’s Republican party, with its denial of science, its attacks on public education, its hidebound refusal to spend money where it’s needed for our posterity, makes me think there is none, and won’t ever be.

I could write more about our community, I guess; but the fact is, I’m not concerned about it: our worst local Republican is better than the best national one. (Admittedly a low bar.) Washington will hang in, until Congressional Republicans ruin everything for everyone.

It isn’t the criticism. That’s been the fun part. One writer said I brought his fish back to life when he wrapped it with my column. Great line! But I agree: I’m not the one to be producing a column like this. I have three more pieces I’ve already written. After that, as they say in the business: -30-