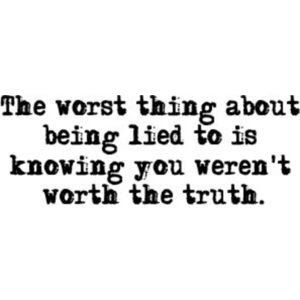 What must it be like to be a Republican voter, knowing your leaders don't even pretend not to lie to you. Rather, they lie straight up and assume either you won't notice, or won't care. Given the trends, ever since Ronald Reagan established lying as modus operandi, it's not surprising that R politicos resort to it at every turn. But what explains the sheeplike acceptance of it among their followers? Is it stupidity? Are they, in fact, willing facilitators? Have they decided that lies are fine whenever the truth is unpleasant? Are they too consumed by fear and hatred to pay attention? Seriously: it's just amazing. It makes "1984" seem like a pussy-footed whitewash.


Several weeks ago, Senate Minority Leader Mitch McConnell (R) got caught misleading Kentucky voters about his record on the Violence Against Women Act. This morning, he was even more brazen on the subject (via Joe Sonka).

A press release distributed by Sen. Mitch McConnell's (R-KY) campaign at a "Women for Team Mitch" event on Friday brags about the Senate Minority Leader's support for the Violence Against Women Act, even though McConnell voted against the measure in 1994, 2012, and 2013.

"Mitch was the co-sponsor of the original Violence Against Women Act -- and continues to advocate for stronger polices to protect women. I am proud to call him my senator," the document quotes a voter as saying.

For months, a variety of congressional Republicans have pretended to support the Violence Against Women Act, even after they voted against it, hoping voters and reporters wouldn't know the difference.


Is there no point at which R voters would have the self-respect to demand better of their so-called leaders? No amount of condescension they must absorb beyond which they'd say "enough!?" Evidently not. It stands in stark contrast to the reaction of many liberals when Obama punted on single-payer, for example. And now, on the runup to whatever it is we're running up to in Syria. There are exceptions on both sides, I guess; and it's not as if there haven't been lies about, say, the NSA program.

But this is different: it's making a false statement when the facts are, in fact, known to everyone. I've never seen an email from liberals that tell easily disproven lies like those forwarded to me by "conservatives." Such lies seem their stock in trade, and they get forwarded with breathless, anger-fuelled credulity.

Knowing how well it works, having no reason to expect contradiction, Mitch McConnell, and his congressional cohorts, lie with abandon, with mystifying certainty. It's doing something, publicly, and then denying doing it, publicly. He may as well be saying "I'm not standing here talking to you, I'm somewhere else," and his audience asking "How's the weather where you are, Mitch?"

Today's Republicans truly live in an alternate universe, where truth is of no consequence.