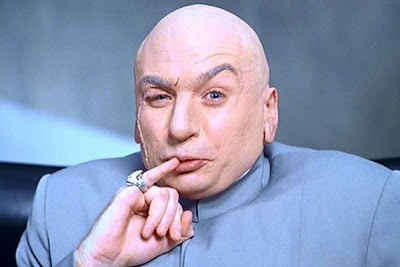 Former favored commenter Frank Drackman, with whom (some may be surprised to know) I've been carrying on a regular email conversation for many months, has generously come up with a solution for the Syria problem. I cut and paste directly:


And I have a Terrrrrrrrrr-if-ick(HT Tony The Tiger) way for EICSSRLDOTUS(Evolver in Chief Skeet Shooting Red Line Drawing OTUS) to come out of this thang a Hero.

Parachute the 82 and 101st Airborne Divisions, Amphibious Land the 1st, 2d, 3rd, and 4th(Marine Unit Numbering is so much simpler) onto Syria's Coast(They have one! I checked), Infiltrate Seal Teams, Launch Tom Cruise Missiles, and the Air Force can do what they do best,


everybody wears "Sneakers" not "Boots" so technically, there won't be any "Boots on the Ground" maybe 400,000 pairs of Sneakers, but No boots.


Brilliant. I told him he should call the White House and leave a message.

For the sake of the community, it almost makes me want to revive commenting here. Almost.