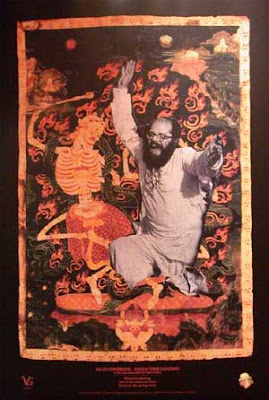 What a merry prankster is he!

The tragic plane crash that occurred in Montana, killing several adults and children was, we've been informed, an act of god to warn us against abortions. Old news. But here's the wondrous part, praised be he: in his effort to get his message out that we should value life, god not only bumped off a bunch of adorable kids, but a pediatrician (who saves the lives of kids) and a woman five months pregnant. Saves the unborn by killing the unborn, is how he worketh his wonders. In mysterious ways.

Abortion is rightly a very controversial subject, into which it's not my intent to get, at least not now. But this much is obvious: when you start attributing these sorts of tragedies to your god, when you project your prejudices onto the world in such a way as to see your god confirming them by causing the deaths of others (see: Falwell, bin Laden, Robertson, Ahmedinijad), you show yourself to be hate-filled, paranoid (by the actual psychiatric definition), vengeful, and, most certainly, immoral. The lady who wrote the article in question is a despicable human being. But you'll never convince her of that. God is on her side. The one that kills babies to make a point, anyway.

She can have that one. I'd prefer one that isn't a criminal.
.