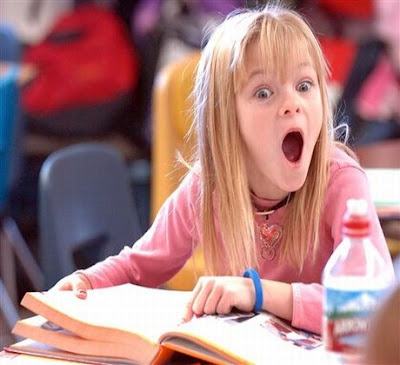 No, I'm sure there must be some mistake...

Members of the Congressional Tea Party Caucus may tout their commitment to cutting government spending now, but they used the 111th Congress to request hundreds of earmarks that, taken cumulatively, added more than $1 billion to the federal budget.

According to a Hotline review of records compiled by Citizens Against Government Waste, the 52 members of the caucus, which pledges to cut spending and reduce the size of government, requested a total of 764 earmarks valued at $1,049,783,150 during Fiscal Year 2010, the last year for which records are available.

"It's disturbing to see the Tea Party Caucus requested that much in earmarks. This is their time to put up or shut up, to be blunt," said David Williams, vice president for policy at Citizens Against Government Waste. "There's going to be a huge backlash if they continue to request earmarks."

In founding the caucus in July, Rep. Michele Bachmann (R-Minn.) said she was giving voice to Americans who were sick of government over-spending.

I've been asked why I write about this stuff, and haven't mentioned Charlie Rangel. It's pretty simple, really. What Charlie Rangel does has no impact on me. (Same reason I didn't mention Tom Delay, now that he's out of Congress.) If he did something wrong*, I'm glad he was censured; but it doesn't affect our country one way or the other.
What does affect our country, and what I feel like writing about, are the big-picture issues: like how teabaggers have been sandbagged by their chosen party; how the people they elect aren't just frauds: they're actively and happily stupid, hypocritical, and about to take our country in a very destructive direction. Namely, the very direction that Obama and the Democrats were tasked with reversing and repairing the damage thereof. Except this time around, it'll be worse. We'll not only be led by a bunch of uninformed and anti-intellectual people; we'll be addressing our most impactful problems with Bible quotes.
And of course I do criticize Ds. Often. For their lame policies, their constant caving, poor messaging, and worse.
Charlie Rangel?
Small-potatoes.
Returning to the proven-failed policies of Bush and Reagan, amplified by biblical certainty and ignorance?
Fatal.
The internet is full of people ranting about Charlie Rangel and Obama hugging the MOH winner. Devoid of actual policy, it's all they've got. I prefer to talk about the important stuff.
Not that anyone listens.
_________________
*Added after comment by Molly NYC, below. Thanks, Molly.