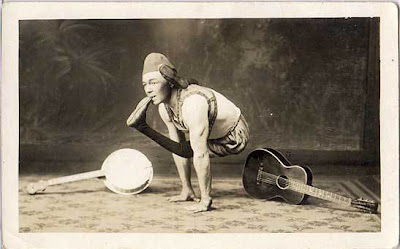 Maybe this guy can knock some sense into birthers:

Neil Abercrombie knew Barack Obama's parents when the future president was born here in 1961, and he has been aggravated by the so-called birther movement, which alleges Obama was not born in the United States and thus should be expelled from office.

Now Abercrombie has an office of his own — he became governor of Hawaii on Dec. 6. — and he intends to do something about it.

What, exactly, is unclear. But in an interview this week at the state Capitol, he left little doubt that torpedoing the conspiracy theorists was a priority.

"What bothers me is that some people who should know better are trying to use this for political reasons," said Abercrombie, 72. "Maybe I'm the only one in the country that could look you right in the eye right now and tell you, 'I was here when that baby was born.' "

It's a tall order. The birthers are of a piece with young-earthers and trickle-downers: people who cling to beliefs that have no relation to -- which, in fact have been thoroughly debunked by -- facts.

I can only assume that if the new governor were to place the birth certificate in a well-lit room and invite those people to file by like visitors to the National Archive, they'd come out the other end telling anyone who'd listen that Obama was born in Kenya.

Still, the prospect of the contortions and back-filling and changing of the subject from the idiocracy is fun to contemplate.
at December 27, 2010