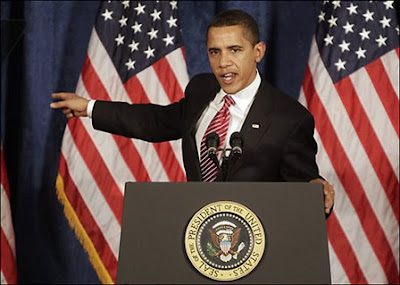 Rather than keep adding to the previous post, which might get missed by those who've already read it, I'd like to say, separately, that I just watched the President's news conference regarding the tax compromise. (The video is now available and is at the bottom of this post.)
I still like the guy. I'm less upset than I was. And I defy anyone who still repeats the Foxian meme that he can't speak without a teleprompter, or that he's an America-hating Muslim terrorist socialist Nazi, to watch it and defend their position.
He says he has the next two years to make clear the impact of the Republicans' intransigence on their disastrous positions. If he doesn't, we're screwed. There's no doubt -- and no objective way to refute the idea -- that the greatest danger to our country are the teabaggers and the dimwitted and self-interested politicians they've enabled.

Visit msnbc.com for breaking news, world news, and news about the economy