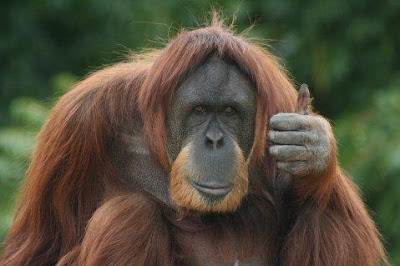 The disastrous consequences of the ACA, predicted by the RWS™, insurers, and the Congressional Rs who take their instructions from them, have, so far anyway, failed to materialize.

One of the most significant savings envisioned in the new health- care law - limiting payments to the private health plans that cover 11 million older Americans under Medicare - is, so far, bringing little of the turbulence that the insurance industry and many Republicans predicted.

The law, which sets in motion the broadest changes to the U.S. health-care system in decades, will hold down the amount of money the government gives to Medicare Advantage plans, which are available to patients who prefer a managed-care version of the program. The savings is forecast to amount to $145 billion by the end of the decade.

Whether the payment changes are warranted was a contentious subplot in the protracted debate over the legislation. Democrats argued successfully that the private plans were being overpaid and could withstand the changes. Republicans warned that such plans would raise prices, lower benefits or cause defections from the program, stranding the elderly people who rely on them.

Early clues to the actual effects have now materialized, as elderly Americans may sign up for a health plan for 2011 during an enrollment period through the end of the year, and the warnings of swift, serious damage to the program are not borne out. Fewer health plans are available for the coming year, but the decrease is largely for reasons unrelated to the new law. Premiums have not jumped substantially, and benefits have not tended to erode.

I've expressed disappointment in the law for the extent to which it leaves insurers in the middle of the transactions between providers and patients; and I've been skeptical of the predicted savings said to be the result of the legislation. But the usual right-wing suspects, while proposing nothing substantial (and ignoring that the law pretty much mirrors proposals made by Republicans and instituted by the mittster), provided nothing but scare tactics (like the above) and lies (like "death panels").

I can't see far enough to know the true costs or impacts of the act. But it's a pretty safe prediction that even people as pig-headed as teabaggers will eventually have the data in front of them to show, once again, that they were lied to and manipulated by the Foxobeckian screamers. What they might do with the data, of course, is another thing entirely.