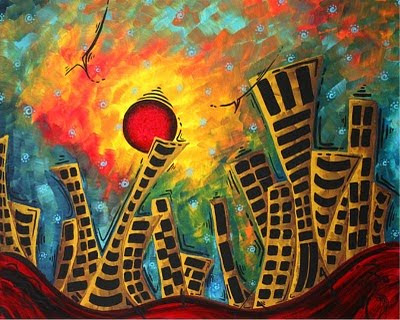 This is intriguing. An organization, calling itself "No Labels," has sprung up with the stated purpose of eschewing the hyper-partisan self-interest, the screaming at each other, that passes for politics nowadays. Were it to take hold, gain some influence, set the tone for real problem-solving when we need it most and are getting it least, I'd have to quit blogging.
A fair trade, I'd say.

The Opportunity of Shared Purpose

No Labels does not believe we need to search for better values or principles.
The solution is even simpler: we must return to the essence of our beliefs. Most Americans in the vital center of our still great country believe that:

The No Labels movement was born out of support for these shared goals, and we are committed to helping our nation remain true to these values that we all profess in an environment, which encourages fact-based discussions.

The sound you hear is the teabaggers and the congressional Republicans saying "La la la I can't hear you" while stamping their feet and falling on the floor in the supermarket aisle.There's no question a movement like this is needed, and is exactly what I've been writing about here. The antithesis is the current iteration of the Republican party and its teabagging substrate, as well as its screaming propaganda arm known as Fox "news" and its radio sidekicks. Some will say it also includes the Democratic party; I'd aver the facts say otherwise. They've been trying. Weak-kneed, overcomplicated, solicitous, yes. But trying.

Meanwhile the Rs promise -- literally -- to become even worse than they've been.

WASHINGTON – Senate Republicans intend to block action on virtually all Democratic-backed legislation unrelated to tax cuts and government spending in the current postelection session of Congress, officials said Tuesday, adding that the leadership has quietly collected signatures on a letter pledging to carry out the strategy.

If carried out, it would doom Democratic-backed attempts to end the Pentagon's practice of discharging openly gay members of the military service and give legal status to young illegal immigrants who join the military or attend college.

This was, by the way, immediately after the meeting with Obama, following which he said he was encouraged. Like Charlie Brown believing Lucy and her football, yet again. Sigh.

So the grownups are congregating elsewhere. Will they gather influence? Will they be heard?
The sound you hear is me, saying "I doubt it."