Keeping The X in Xmas 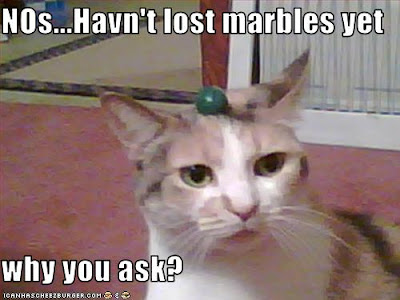 The final marble has rolled out of Bill Donohue's head.
He's outraged, outraged!!!!, at the news that a YMCA has substituted Frosty the Snowman for Santa the Claus at some annual event or other.

"Christmas is not about Jack Frost; it's not about snowmen," fumed Bill Donohue of the Catholic League. "We're not talking about some secular organization that has no religious roots. If they can't celebrate Christmas, then they should check out. What a bunch of cowards."

Gee, Bill; I thought Christmas was about, uh, Christ.

So I guess it's official: even Bill Donohue agrees Christmas is about a made-up and Americanized guy whose main job has been to promote the buying of toys and getting early to half-off sales.

Raising the indignation ante and 'tis-ing the season, Jim Inhofe refused to horse up in Oklahoma, because of a holiday parade sponsored by a local drinking establishment and whose name was changed a year ago to "Holiday Festival of Lights." Gail Collins, one of my favorite columnists, gives kudos:

Go to it, Senator Inhofe! I love this controversy, and only in part because it diverts Oklahoma’s senior senator from his normal day job of trying to convince the world that global warming doesn’t exist.

We live in a time of so many terrifying, insurmountable problems. It’s comforting to return to arguing about whether the nation’s moral fiber is endangered if Tulsa downplays the religious aspects of a parade full of Santa Clauses that is currently sponsored by a popular downtown pub.

The war on Christmas. The phoniest, most cynical, deliberate, manipulative, and dumbest outrage ever ginned up by Fox "news." And that's saying one hell of a lot.
For perspective, there's this:

A new wave of Iraqi Christians has fled to northern Iraq or abroad amid a campaign of violence against them and growing fear that the country's security forces are unable or, more ominously, unwilling to protect them...

.... [On] Fox News segment on the annual Parade of Lights in Tulsa, Oklahoma[,]Gretchen Carlson asked, "[I]f we're supposed to be tolerant of all these other religions, which pretty much everyone accepts, why does it always seem like Christianity is the one to take the boot?"

Sen. James Inhofe (R-Okla.), who's boycotting the event until organizers include the word "Christ" in the parade's name, added, "[W]hy do they always pick on the Christians?"

In context, "they" appeared to refer to those Americans who wish people a "happy holidays" and organize public holiday celebrations that are inclusive and reflect communities' diversity.

If Republican culture warriors are genuinely worried about Christians being "picked up" and "taking the boot," they're clearly looking at the wrong country.

How horrible, how frightening to be confronted by some random evil person who wishes you "Happy Holidays." How terrible the conditions American Christians must endure, forced, as they are, to face good will and inclusiveness every day.
[Added: they just can't help themselves:

GOP Senate Minority Whip Jon Kyl quickly took offense to the notion that legislators might be expected to work after December 25 and accused Reid of potentially "disrespecting one of the two holiest of holidays for Christians."

Email ThisBlogThis!Share to TwitterShare to FacebookShare to Pinterest
Labels: war on christmas