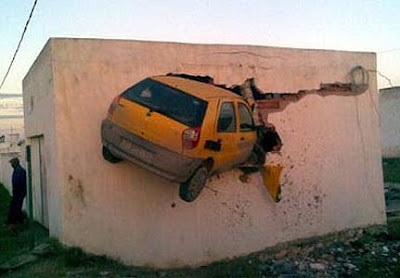 Well, I did acknowledge I was no Constitutional scholar; and I pointed out a certain degree to which the judge in question might have a political and personal agenda. So it's not as if I swallowed it whole. Nevertheless, I may have been pessimistic overmuch in my recent post on ruling as unconstitutional the individual mandate part of health care reform:

"I've had a chance to read Judge Hudson's opinion, and it seems to me it has a fairly obvious and quite significant error," writes Orin Kerr, a professor of law at George Washington University, on the generally conservative law blog The Volokh Conspiracy.

Kerr and others note that Hudson's argument against Congress' power to require people to purchase health insurance rests on a tautology.

The key portion of the ruling reads:

If a person's decision not to purchase health insurance at a particular point in time does not constitute the type of economic activity subject to regulation under the Commerce Clause, then logically an attempt to enforce such provision under the Necessary and Proper Clause is equally offensive to the Constitution.

Kerr notes that this is all wrong. The Necessary and Proper Clause allows Congress to take steps beyond those listed in the Constitution to achieve its Constitutional ends, including the regulation of interstate commerce. Hudson's argument wipes a key part of the Constitution out of existence. Kerr says Hudson "rendered [it] a nullity."

So, who knows? I still think my essential prediction is correct: it'll go to the Supreme Court and the hard-core right-wing judicial activists who sit there will hand the loss to Obama the way they handed victory to Bush.
at December 14, 2010