Stupidity In The Highest 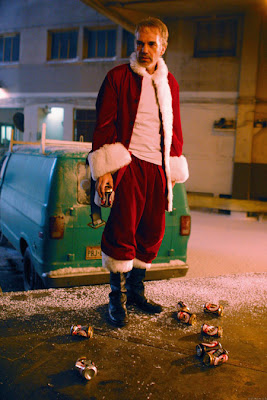 It's not a question of whether it was stupid. When Jon Kyl claimed that, by suggesting the Senate might have to work during the week between Christmas and New Year, Harry Reid was "disrespecting" Christmas, the idiocy was self-evident. (I've spent plenty of Christmi and the week that follows in emergency rooms, operating rooms, making rounds, and can attest that Congresspeople are among the very few workers [if the term applies] that feel entitled to the full week off -- let alone the day itself. And might I mention our soldiers, concern for whom Rs claim as their own?) The question is, what was he thinking when he said it, and what does it say about Congressional Republicans that one of their senior people felt, what, empowered? encouraged? to utter the words?
Let's stipulate that he's not the sharpest knife in the candelabra. Can he really not have considered the ridiculosity of whining while cops, firefighters, soldiers, etc etc ad humorum work, as they always have, and will, in Kyl's sacred time? Is he that obtuse? He's dumb, all right; but that dumb? No, I think he thought he had a winner. Counting on the ace in the hole that pulling the Christmas card always is (especially when it's from the "poor me" deck), he figured he'd have the immediate approval of the Democrats-as-amoral-America-haters crowd. I'll be on Fox for sure, he must have believed, railing against those godless liberals. He could just see Glenn Beck weeping into his chalk over the outrage, Sean Hannity forcing one-syllable words of derision out of his vacuoled cerebrum, Bill O'Reilly devoting a whole talking-point to it.
He must have figured the voters would be incensed. It's not as if they haven't been easily manipulated: look at the last election, he calculated.
So if Jon Kyl is dumb -- and he is -- what about the people who elected him? If he was wrong in thinking he had a humdinger of a sound-byte, why did he think so? What does it say about his -- and, by direct and obvious inference, his party's -- view of their supporters? Isn't it pretty clear? They think they're dumb as dough, pullable as putty, distractible as dogs.
Buoyed by the knowledge that Fox "news" and the salacious cell of RWS™ will hawk their disinformation and idiocy as if they were prime beef, certain that any response by Democrats will be ignored, Congressional Republicans have taken to saying any damn thing they want, with impunity. And, secure in the knowledge that Fox followers and Limbaugh listeners will neither question nor even think about the crap they're being fed, they act with a kind of abandon that bespeaks having long since concluded that there's no need for facts. Their base doesn't demand them. They don't even want them. They want punchlines.
So Kyl's claim is the perfect metaphor for where we are: one party has zero interest in governance, has no sense of duty to the American people. It's given entirely to the pursuit of power for its own sake, of destroying the other party and its president, uncaring of any consequences to the country they claim to love like no one else. If they think they have a way to further that agenda, they'll do it, no matter the disconnect from reality.
Worse, because of constant propagandizing and derision of expertise and education, they've cultivated a group of voters, teabaggers, actively disinterested in thoughtful governance. They believe they can get away with it because there's no reason not to. The disregard in which they hold the American people is breathtaking. But, for now, entirely reasonable.
Will they ever be rebuked for it? Teabagger? Teabagger?