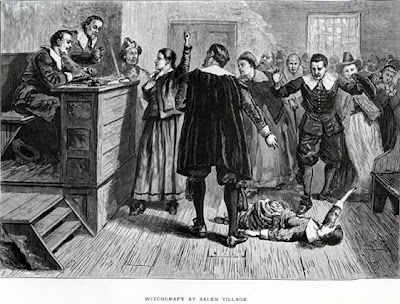 Most of what I know about courtrooms I learned on TV. (Not everything.) Evidently, lawyers sometimes ask judges for a "sidebar." So here's a sidebar to the recent ruling on the constitutionality of the health care law; something sort of relevant, and very telling.
The judge who ruled, Henry Hudson, in addition to exploring rivers and designing blankets, was, before his federal appointment by G.W. Bush, a highly partisan Republican. Known, among other things, for coercing an Alford plea from a mentally retarded man accused of rape, despite exculpating semen from the crime and offering no apology when another was finally convicted years later; owning stock in a very partisan p.r. firm with ties not only to the health care case but many prominent Republicans who oppose the bill, legitimate questions could be raised about his fitness for the federal bench. Yet he was approved by the Senate, with no filibuster, no secret hold, no grandstanding by Democrats.
This is in stark contrast to the judicial appointments of Barack Obama. They have faced an all-time high level of obstructionism, despite being nearly universally moderate and enjoying broad and bipartisan support in the Judiciary Committee. Even Republican judges are speaking out at the damage being done to our legal system by this blatant political hackery. (It's of a piece, of course, with their recent obstruction of health care for their Republican-owned heroes, the 9/11 first responders [watch the video in the link if you haven't seen it: it's perfect]; but in the case of judges it threatens our entire legal system instead of, you know, just a few hundred people who risked their lives...)
So, sure, a pox on both their houses. Politicians can be assumed to be assholes until proven otherwise. But, sorry. There simply is no precedent for the assholery of the current crop of Republicans in their willingness to harm the nation in their pursuit of damaging President Obama. In their worst moments Democrats never obstructed George Bush to this extent; and, given that Bush lost the popular vote and had the presidency handed to him by a partisan court in an act of judicial overreach of the first magnitude, they had plenty of reason to have done so.
But Democrats, the party of atheist America-hating communists with no morals, have never acted in such a concerted way to destroy a president while ignoring the most basic needs of fellow Americans. Never. No way. No how. And that Hudson guy proves it.