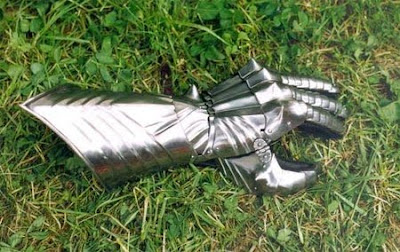 This op-ed in the NYT is a challenge to both parties, and seems a clarion call to America to think seriously about long-held partisan tenets before it slips into irrelevance. Among its assertions, this one is preceded by bemusement at the nomination of Christine O'Donnell:

...the pendulum swings in American politics are a key concern of Wen Jiabao and Naoto Kan, the prime ministers of China and Japan, respectively, who both met with President Obama in New York on Thursday, with the loss of American jobs to Asian competition high on the agenda.The Asian nations’ interest in American politics stems not just from America’s standing as the sole global superpower, but also from a growing belief among Asian leaders that the era of United States hegemony will soon be over, and that the polarization of its politics symbolizes America’s inability to adapt to the changing nature of global capitalism after the financial crisis. (emphasis mine, of course, since it's exactly my point, always, everywhere, all the time.)

At the core of the article is China's monetary policy, a thorn in the side of America's for some time.

With Chinese economic policy now serving as a model for other Asian countries, Japan was faced with a stark choice: back United States criticisms that China is artificially keeping down the value of its currency, the renminbi, or emulate China’s approach. It is a sign of the times that Japan chose to follow China at the cost of irritating America.

Japan’s action suggests that, in the aftermath of the recent financial crisis, the dominance of free-market thinking in international economic management is over... ...The fact is that the rules of global capitalism have changed irrevocably since Lehman Brothers collapsed two years ago — and if the United States refuses to accept this, it will find its global leadership slipping away. The near collapse of the financial system was an “Emperor’s New Clothes” moment of revelation. In this climate, the market fundamentalism now represented by the Tea Party, based on instinctive aversion to government and a faith that “the market is always right,” is a global laughingstock. (mine, of course, again.)

Lest the reader think the writer, the chief economist for a Hong Kong investment firm, is some sort of lefty liberal, he also says this:

In France, Germany, Japan and Sweden, water supplies, highways, airports and even postal services are increasingly run by the private sector. For home mortgages to be backed by government guarantees would be unthinkable anywhere in Asia or Europe. Tax systems, too, are in some ways less redistributionist in Europe and Asia than they are in the United States. According to the Organization for Economic Cooperation and Development, the proportion of income tax raised from the richest tenth of the population is 45 percent in America, compared with only 28 percent in France and 27 percent in Sweden. These countries raise money for public services mainly from middle-class voters, through consumption and energy taxes, not by soaking the rich.

As a result, these nations’ budgets are more stable and their governments have more ability to support their economies in times of crisis... ...In America, by contrast, the tax system’s dependence on revenues from the richest citizens means that the social safety net and long-term goals like energy independence can be achieved only if the rich keep getting richer.

It's not necessary to be an economic scholar to recognize the implication that our polarization and reliance on comfortable sloganeering-as-dialog is killing us, and not all that slowly.

We need to stop electing idiots as lawmakers (which means, sadly -- because it appears impossible -- that we need more people to become thoughtful and informed voters). It's bad enough that we have smart idiots like Harry Reid and ... let's see... who's a smart idiot on the right?... It's worse to have thoroughly dumb ones like John Boner, Sarah Palin, Michelle Bachmann, Mitch McConnell, Christine O'Donnell, Tom Coburn (yes, there are dumb doctors. Rand Paul is another)... And if there are fewer dumb Democrats (I make a distinction between annoying/disappointing and dumb), the article suggests they, too, need to consider options beyond their usual solutions.

Clearly, whether the NYT writer is right or wrong, these are complex issues, indicating our future is intertwined with that of countries seemingly light-years ahead of us in ability to function in a changing world. And yet the harder it gets the more Americans resort to superficialities. When the going gets tough, we turn to magic. In need of serious, we choose stupid. We make up conspiracy theories, resort to arguing birth certificates and secret Muslims, resurrect zombies.

What do you call such avoidance? Is it some sort of psychological protective mechanism, the weakness of the self-deluded? Is it that poorly educated people awash in falsehoods simply are no longer equipped to face facts? Is it that while we chant "USA, USA, USA," and "We're number one, we're number one" (and "no mosque at ground zero") other countries have been out-studying and out-working and out-thinking us? Have the easy magic of Reaganomics and the cultivating of religious anti-intellectualism, so cynically nurtured by Republicans, finally come back to bite us, fatally? So it seems.

I guess I do I know what to call it: