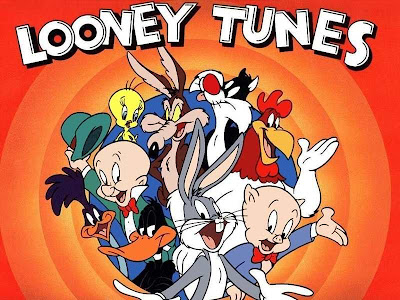 Sure, there'll always be kooks and cranks. But a whole party?
Of the Republicans running for the thirty-seven Senate seats -- and that means a lot more than thirty-seven people, because we still gots primaries going on -- only one, ONE!!!, seems to accept the idea of anthropogenic climate change. And he just lost. To someone who campaigns against masturbation. On biblical grounds.
Now, I don't doubt there are a few Republicans who accept the concept of science: heck, even McMaverick used to, and Lindsey Graham, before they stuck their fingers into the jasmine wind. But it doesn't matter. If they exist, they're voiceless.
What matters is that the only people who can be elected by that party nowadays are the crazy ones, or the stupid, or (to put the best face on it) the shameless panderers. This is the party about to retake power. It bodes ill.
You don't get to select which science to accept. You can't take antibiotics for infections while denying the science behind climate change. Scientific method is scientific method. If you don't buy it, fine. But how can you get on an airplane if that's how you think? Surely you'd never trust GPS, or lie under my now-sheathed knife. If science doesn't work, neither do nuclear power plants, or moon shots. Deniers should live in caves. And why not? That's where they'll find their heads.
I don't know climate science by personal investigation; but I do know science as a discipline. It would be the mother of all conspiracies if, as so many on the right say, all the scientists in all the countries around all the world have colluded -- rejecting, one would also assume, a few billion dollars in incentives from oil and coal companies -- to falsify data. (The email debacle notwithstanding: it was, to the surprise of none but the Foxobeckians, a molehill.*) To what end, one must ask, would the conspiracy exist? Is it that scientists, because of their intelligence and curiosity, must all be liberals and, therefore, communists who hate capitalism? One can only wonder.
In what world does an entire party plant its flag firmly in anti-science denialism? How did science become a partisan issue, anyway? It's kind of digital, really. Ones and zeroes. Where's the politics in that? (Okay, I guess that's obvious: the liberal/conservative brain thing, once again. And, of course, the extent to which science threatens biblical literalism.)
Well, that's the way it is. We have a party with its collective head in a cave, factophobic, its mantra "I got mine, I'm keeping it, screw you." Or, at best, "Glenn said it, I believe it, that settles it." And they're winning the argument.
Simply amazing.
_________________________________
*Truth be told, at my place molehills are a big deal. But that's another story. And I can now, scientifically, recommend those worm-shaped bait thingies.