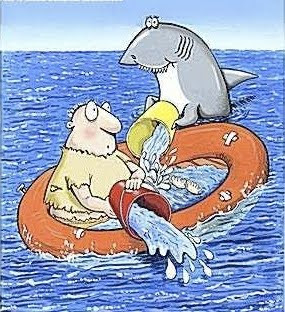 Writes a thoughtful conservative whom I admire:

In the course of American history, if either liberals or conservatives disappeared entirely from the American scene, leaving the right or left to pursue their best ideas and most flawed excesses alike, this country would be in far worse shape than it is today.

And anyone who thinks that completely vanquishing "the other side" in American politics would produce good results for very long is naive at best.

It is to our collective benefit that the competing ideological factions in the United States operate as the best versions of themselves. Criticism that helps them get there is the most useful. On individual matters, one or another faction occasionally ends up being definitively right (or catastrophically wrong). Still, on the whole our ideological opponents are more help than hindrances compared to a world where they didn't exist. This seems obvious to me, but I thought I'd state it since a lot of people disagree, or at least talk and act as if they do.

In finer prose than mine, he's stating a central theme of this blog, severally stated: we need two strong parties in this country, both committed to thoughtful discourse and understanding that disagreement is not only not a sign of hatred of country, but is, in fact, absolutely necessary.

Some might argue that my tone here is incendiary and not helpful. Maybe so, but it's proportional to what I see from the right. And whatever else, it's always rooted in demonstrable (and usually linked) fact. My wrath has never been directed at conservatives who present thoughtful and helpful ideas; I have, in fact, also linked to them when I find them. The author of the above being one of them...

What I find so literally sickening, and worthy of derision in the strongest terms, is the extent to which the RWS™ have descended -- and have dragged their party with them -- into total and abject warfare. No prisoners. With the goal in mind of total destruction of the "other" side, they have abandoned entirely even the pretense of helping: Coulter, Savage, Limbaugh, Hannity, Beck, Palin... you name 'em. It's about hate and derogation, us versus them. Because it's made them millionaires, because they'll evidently never go broke by counting on the gullibility of their listeners, they whip up reactionary fears and deliberately avoid discussing policy or comity in any form. It's all about Obama as terrorist Muslim, liberals as evil, about scorched-earth destruction, wholly based on scare tactics, distortions, and outright lies. This is not anything close to the "finest version" of conservatism. (Would that my criticism could "help them get there.") In the past, they've been better. Now, they're nothing but bunch of angry white people who can't see beyond their conspiracy theories, who can't recognize that in their buying in, they're selling out.

Far as I'm concerned, not to point it out is dereliction.

Teabaggers have allowed themselves to be manipulated; they've swallowed whole the anger, but with no information or ideas to wash it down. They're mad as hell, they see monsters under their beds, they're not gonna take it any more, even as they can't articulate what "it" is or with what they'll replace it. Other than the usual: no taxes, no regulations, and no gays. Or, lately, Muslims. How it would work this time around, well, they can't really say; because it's what failed us most recently, even as they seem to have allowed it to be erased from their minds.
Rather than deriding those with whom we differ, which is the stock in trade of every single right wing screamer, we should be valuing disagreement and using it as a vehicle to solutions. My gripe -- and to call it that is thoroughly to minimize it -- is with the lies and conspiracies of the right, and the fact that they've effectively become beliefs, effacing entirely the foundation of democracy. It's depressing, it's disgusting, it's the willful abandonment of reason, in favor of the easy rewards of hating others instead of looking at oneself. It's shutting out everyone else, including thoughtful people like Mr Friedersdorf, with whom I often disagree but whom I mostly admire. Absent voices like his on the right, even if -- especially if -- the louder ones manage to gain control of Congress, there is no future for us.
I wish the teabaggers could see it. And I wish the few remaining voices like the above weren't so thoroughly drowned out.