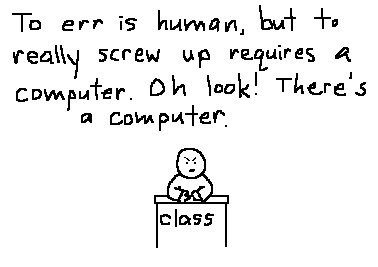 I think I just figured something out. Blogger has made some tweaks to comment controlling, including a worse-than-nothing spam filter. I still get plenty of spam comments which I have to mark as spam. But that's not my point.
The thing is, there's also a new page that lists all comments that have been published. Being hemi compulsive, I've cleared that page a few times, thinking it just freed up space in the records. Little did I know that it does more than just deleting them from the record: it seems to delete them from the post in which they had appeared, going back who knows how far. I just deleted two weeks' worth a moment ago, with the stroke of a key. Damn.
Which must explain why I've been asked a couple of times how come comments didn't show up. Sadly, it appears I've removed several before today, as well. Sorry, Frankie, among others. It was unintended, and now that I know the problem, it won't happen again.
Apologies to any and all.