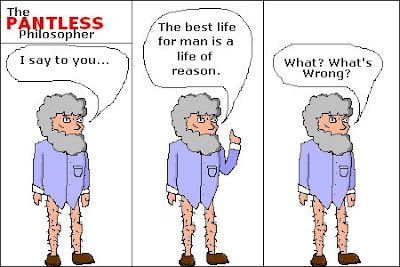 Being separated by a thousand miles, my brother and I don't see each other much except, as in the present case, when we gather at my mom's bedside for the latest crisis. (This one seems to be passing, allowing her to return to the ever-ravenous dementia which has eaten most of her past, present, and long-since, her future.)
He was always, and remains, a social liberal. He supported Obama (I'm pretty sure) after his significant financial contributions to Hillary failed to get her there. Now, he's disappointed and has become quite conservative fiscally. While my brother agrees with me that many in the tea party (I'd say most, if not all; he might not) are nutjobs or deeply misled, he believes the movement is not about the crazy stuff, but about philosophy: what is the role of government?
My problem is that it's not really framed that way; or, at least, that in order to get the teabaggers on board with the "philosophy," the powers behind it have to lie and distort. And, more significantly, philosophically, to hide the ball. Not to mention encouraging the coalescing around them of the theocracy-wanting brand of evolution-denying christianists, and the usually suspect fringe hate groups of the right. So, philosophy or not, it's a con-job.
But the question is a fair one, and has been at the heart of our politics forever. What is the role of government? How much will that role cost? How much can we or will we pay for it? Very, very few -- I'd say none -- of the people behind the curtain want to say. The cuts required to maintain -- or, as some would have it, further lower -- the Bush tax cuts and to balance the budget would be truly draconian. It would mean government as military bases, maybe a couple of courtrooms.
My brother seemed to be predicting an end to public education; or, from a practical standpoint, he'd more likely to say, claiming that it's just no longer economically viable. To the question of what happens to those who can't afford private education, I gathered he was saying they'd rely on charitable contributions, and, maybe, the remains of a broken public system. It's certainly true that we're failing our kids with public education in many areas, but it has in part to do with the tax cuts that have already occurred, and there's no way to see improvement in the tax-intransigent world. (The failings have been evolving long before the current economic crash. Prop 13 was a long time ago.) He didn't have much of an answer to what happens to the inner city kids if there isn't enough charity to go around.
Nor do teabaggers.
So let's have that discussion, out in the open. Let's replace the Nazi placards and Foxobeckian simplicities and conspiracies with the real thing. What tax rates do we want, can afford? What government will remain, what will be the consequences? Do we cut loose those in need? What will be the effect on society if we do? Does it matter or not, philosophically, and selfishly? Is it dog-eat-mano and let the cow chips fall in the woods; or does society in general, and individuals in particular, benefit from helping others? Should I care if there are more people living on the streets, fewer well-educated people coming up, people without access to health care until they're dying? If we consign one stratum of society to inferior schools, will it matter? Will we fail to educate the girl who'd have cured cancer, or shall we assume there'll always be another? Is destiny determined by birth?
If so, so much for "the American dream."
Maybe it'd be easier the other way around: to ask what we think government ought to do, and then figure out what it costs, and what tax rates would do it. I wish Barack Obama would give a speech saying exactly his vision of those things, and demand Rs do the same. Let the voters see the real numbers, the real implications, and choose. Implicit in the action of congressional Ds is the conclusion that there are certain things which are bottom-line necessary to a functioning society, and we must do them. Then figure out how to pay for them, like you have to do when you need a new roof. (And, yes, I know paying for it hasn't been high on the list in many past instances, except under Clinton. But the ACA is -- theoretically -- paid for, and Bush's Medicare grade D wasn't. There's tax and spend, and there's don't tax and still spend. How do we get back to sanity when the insane are calling the shots?)
Implicit in teabaggerism, it seems to me, is the illusion that the roof we have will last forever; or that when we need money, cut taxes, and it will magically appear; or God will provide; or if some people out there do need a new roof, it's up to them to pay for it. (If you can't pay, get buckets at the flea market. Just don't come around my place looking for shelter.) What I don't get is that the people they want to return to power have never done the paying part, either; nor have they ever put up realistic numbers; nor have things ever worked out as they predicted. Economies get worse when those guys are in power, and better under the ones they want to kick out.
My brother asks fair questions, necessary questions. But, far as I can see, they're not in any way addressed by teabaggers or their titular leaders like Silly Sarah and eGregious Glenn. The guys in the shadows have, Grover Norquist, the corporate billionaires: they've said, simply, we don't care.
And the RWS™ have said we're not gonna ask, we don't want to know. So shut up.
And the Republican congressional leaders have just said you bring the smoke, we've got the mirrors.