It's True, Because It's Not 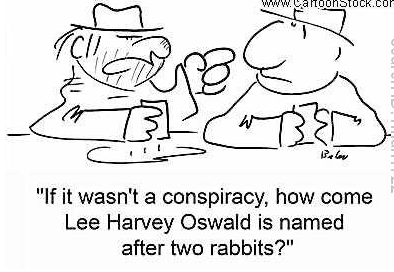 Searching for years for the perfect meme by which to take down Obama, Fox "news" has finally come up with it. It took that paragon of conservative credibility, Newt Gingrich, to do it; and whereas the idea that disgraced former speaker Newt has anything to say worth listening to is hilarious (in a non-hilarious way) on its face, as far as Fox is concerned it's a plus. Since when, after all, has credibility been a requirement for their sycophancy?
Newt's idea didn't originate with him; he's just the one misterspeakering it over to Fox, where it's been shined, redoubled, and poured down the necks of its viewers. The idea came from Distort D'Newsa, who's made a career of spit-polishing racism and selling it as something else. Anyhow, here it is:

Gingrich says that D'Souza has made a "stunning insight" into Obama's behavior -- the "most profound insight I have read in the last six years about Barack Obama."

"What if [Obama] is so outside our comprehension, that only if you understand Kenyan, anti-colonial behavior, can you begin to piece together [his actions]?" Gingrich asks. "That is the most accurate, predictive model for his behavior."

"This is a person who is fundamentally out of touch with how the world works, who happened to have played a wonderful con, as a result of which he is now president," Gingrich tells us.

"I think he worked very hard at being a person who is normal, reasonable, moderate, bipartisan, transparent, accommodating -- none of which was true," Gingrich continues. "In the Alinksy tradition, he was being the person he needed to be in order to achieve the position he needed to achieve . . . He was authentically dishonest."

It's perfect. That nothing in Obama's behavior actually confirms the theory, confirms the theory: he's hiding it. It doesn't get better than that, conspiratoriallywise. No matter what a person does, it proves your point. Tidy. He's out of touch because he seems in touch.
And what, tell, is "Kenyan" anti-colonialism? This: "Look, he's a black guy. And probably wasn't born here."
To thoughtful people, it's as laughable as the idea of Newt still being given credence by anyone. In other words, it'll fall like Halloween candy into the laps of the teabaggoid, and be swallowed whole. They won't be thinking like this:

In these retellings of Obama's personal history, the president's life is an epic, Marxist, sinister version of a Joseph Campbell-style heroic journey, with its hero ultimately falling, like Anakin Skywalker, to the dark side of the force. [ed note: this came after my post using a similar term]

Emerging from his sinecure as president of a small religious college in New York,Dinesh D'Souza, who has been laundering the racism of the right through an "intellectual" filter since his days at Dartmouth, gets back to where his career began.

This is birtherism with big words. This is the witchdoctor sign without Photoshop, WorldNetDaily without the exclamation points...

...it's safe to say that someone self-identifying as an "anti-colonialist" would not be escalating an American war in central Asia or claiming the authority to use the entire planet as a target range for flying robots armed with cruise missiles.

All of which to say is there's no need to parse the ethnic origins or political philosophies of Obama's parents to understand the ideology of Barack Obama. He is a center-left Democrat who supports mainstream Democratic policies. But some conservatives don't want to talk about policy. They are unable to engage in an argument with liberalism on substantive terms; they know only argument by epithet. They want to talk about the fact that our blackety black president is blackety black.

Nice to know I'm not entirely alone.
Here's a very thorough takedown of the ridiculous and unremittingly false points D'Sousa made in his article, and of Newt for hawking it. But a small sample, of which there's much more:

I can’t begin to list everything wrong with the Forbes article, but here are some of the high points: (the quotations in italics are from D’Souza’s article):

The President’s actions are so bizarre that they mystify his critics and supporters alike. Consider this headline from the Aug. 18, 2009 issue of the Wall Street Journal: “Obama Underwrites Offshore Drilling.” Did you read that correctly? You did. The Administration supports offshore drilling–but drilling off the shores of Brazil.

With Obama’s backing, the U.S. Export-Import Bank offered $2 billion in loans and guarantees to Brazil’s state-owned oil company Petrobras to finance exploration in the Santos Basin near Rio de Janeiro–not so the oil ends up in the U.S. He is funding Brazilian exploration so that the oil can stay in Brazil…Why support oil drilling off the coast of Brazil but not in America? Obama believes that the West uses a disproportionate share of the world’s energy resources, so he wants neocolonial America to have less and the former colonized countries to have more.

This claim is completely false. First, President Obama had nothing to do with the decision of the Export-Import Bank (“ExIm”) to give $2 billion in loans and guarantees to Petrobas for offshore Brazilian oil drilling. When the loan was approved, ExIm’s board had five members- three Republicans and two Democrats. All five individuals were appointed by… President Bush. I have not located a single quote from President Obama saying anything about the ExIm decision (for or against). Furthermore, ExIm has a very good reason for the transaction: the loan proceeds are to be used to purchase US owned equipment and services (thereby increasing US exports- the very mission of ExIm).So, D’Souza’s first example of Obama’s anti-colonial views is something that Bush appointees approved which will benefit the US and of which Obama had nothing to do. Off to a smashing start and we aren’t even to the third paragraph.

(This might be a good place to point something out. Not that logic has anything to do with it, but, looking back, was America founded on colonialism or anti-colonialism, by colonialists, or anti-colonialists? Just askin'.)
Quoting from another article connecting to the first, and once again reinforcing the central theme of this blog:

Gingrich was once the most powerful Republican in America and remains an influential figure within the party. D'Souza has done stints at the most prestigous conservative think-tanks. The line between man and kook is getting harder and harder to discern.

The insanity is so obvious. And yet, it's dipped and sipped as if it were the finest oolong. Oh, how we are screwed.