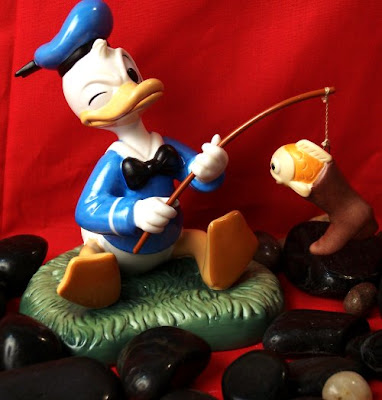 Speaking of bullshit (and I was) there's the latest exercise in deception known as the Republican "Pledge To America." I don't doubt that teabaggers will love it, because it's exactly their thing: lots of hot words with no cold details.
Even some conservatives are calling it out.

Given the gravity of the debt crisis, this is the most fiscally irresponsible document ever offered by the GOP. It is to the far right of Reagan, who raised taxes and eventually cut defense, and helped reform social security to ensure its longterm viability. It is an act of vandalism against the fiscal balance of the US, and in this global economic climate, a recipe for a double-dip recession and default. It is the opposite of responsible conservatism.

Andrew Sullivan is a reasonable guy. Then there's this, titled "Perhaps The Most Ridiculous Things To Come Out Of Washington Since George McClellan," from one of the more crazy with a capitol "K" RWS™ bloggers:

These 21 pages tell you lots of things, some contradictory things, but mostly this: it is a serious (ed. note: I assume he meant "series") of compromises and milquetoast rhetorical flourishes in search of unanimity among House Republicans because the House GOP does not have the fortitude to lead boldly in opposition to Barack Obama...

...This document proves the GOP is more focused on the acquisition of power than the advocacy of long term sound public policy. All the good stuff in it is stuff we expect them to do. What is not in it is more than a little telling that the House GOP has not learned much of anything from 2006.

It's the same old crap: cut taxes, add military spending, and miraculously balance the budget; ie, Reaganomics, so accurately called by the first George Bush, "voodoo economics." Was then, is now.

What makes the above conservatives so foamy at the mouthy is that it completely avoids spelling out any cuts that would be made to achieve balance, except to end the stimulus money, which is already scheduled to end. As usual, it avoids stating the consequences of their tax policies, or their vision for what government should actually do, and not do. The reason, of course, is that no one would buy it if it were laid out for all to see. More than that: congressional Rs don't actually want to do what they say they do. They've never done it. There's only one president in memory who actually did produce a balanced budget and a healthy economy. Then he blew it. (Well, it wasn't he who did the actual blowing.)

The pledge is as bogus as it is cynical. It's as empty as it is dishonest. It's weak tea.

Which means it'll work like a charm for its intended purpose, which is most certainly NOT to restore fiscal balance: hook the teabaggers, line the pockets of the powers behind the curtain, and sink the rest of the country.
Will we ever see a serious conversation about government from these people?