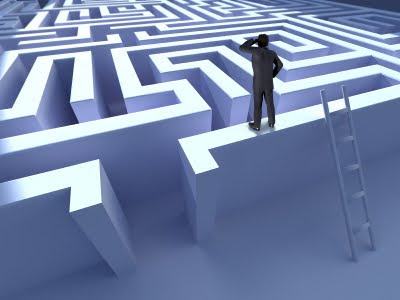 My aunt, who, among other things, was a gifted musician, told me that when she was a little girl she liked to read classical piano sheet music at bedtime, and when she woke up she could play it all, from memory.
I was talking with my nephew this weekend about the wonders of the human brain. He'd seen a piece about an autistic savant who could hear the most complex jazz music once, and play it back perfectly. I like thinking about that.
The other night, I heard a lecture by Jonathan Franzen, who is, in my opinion, an exceptionally gifted writer. He is also, by some accounts, a bit of an asshole whose social skills don't match those of his wordsmanship. (In fact, he'd obviously devoted a lot of thought to the lecture, and was almost painfully honest and self-revelatory; he took questions, pausing and thinking hard before giving very personal and nuanced answers. Answers that respected the questions. He was entertaining, thought-provoking, and charming. The LA Times recently ran a very snarky opinion column about him. The careful reader of it might find a familiar in the comment thread.)
Is genius a disorder? In the conversation with my nephew, we discussed the fact that in the same piece he'd seen, a mathematical savant was also featured. Studies of his brain in action, while mathturbating, showed he was using parts of it for calculation that other people typically devote to physical dexterity. It's as if genius is some sort of anatomic accident. Maybe individuals with exceptional gifts, whether they be of music, math, writing, painting -- even, perhaps, of legislating wisely -- are like people with Asberger's. Maybe to be really gifted you must have a brain whose wiring devotes more of itself to your gifts than to, say, being nice. It's said of many of the greats that they were hard to live with.
When I read really good writing, view a particularly resonant painting, hear great jazz, it adds enjoyment to know something about the artist; I like having some context. Simply, it's interesting. But it doesn't affect my pleasure in experiencing the art if I discover the artist was a jerk. From observation, in fact, it seems genius has a high correlation with some sort of personal dysfunction. We need genius, so who cares?
Seen another way, it's being "normal" that is a disability. Normal is nice, of course, but we can't get along if all we have is normal people. Being charitable to them, teabaggers are normal. Normal people can draw pictures, play happy birthday on the piano, write sentences that fit on signs (and they're certainly not gifted at spelling). Normal people like Thomas Kinkade. They can start with a world-view and sift data to fit it. They can make their own reality. Genii can't. They see the world, the reality of it, they can't help it. And although that sort of clarity of vision tends to drive them crazy (or maybe it's the other way around), it fuels them. Seeing and knowing, they create, they stimulate, they add to our understanding of the world, even as they rob us of comfort. Without such people, we stagnate, we are blind, we fail to learn new things, to find cures, to recognize each other. The price to the seers, or maybe the entry fee, is to live in pain, to not fit in easily.
There's the reality of Sarah Palin and what's-her-name O'Donnell, in which the earth is six thousand years old, Barack Obama is a terrorist, tax cuts pay for themselves and your next car, we'll have roads and health care and limitless energy in a climate-stable world without changing a thing, same-sex marriage will end it for everyone else, and God will take care of us. In this reality, everything is simple and easy; it contains no self-doubts, no existential angst, it's black and white, there is no discordance, only certainty. All truth is in a single book, all solutions fit on placards. In their reality, there's no place, no need, for genius.
And then there's reality.