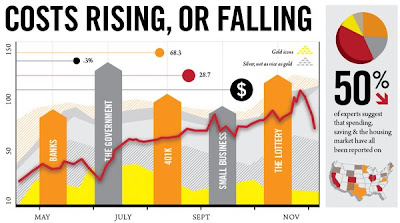 I try to keep up. With so much news, so many opinions, it's hard to stay as well informed as I obviously am. Believing that an informed electorate is vital -- more so now than ever -- and arguing constantly that such an electorate is sorely lacking, I'm sharing an important article from what many consider America's finest news source. Among its insights and revelations:

According to numerous articles and economics segments from major media outlets, experts on banks and such have become increasingly concerned over a new extension or rates or a proposal or compromise that could signal fewer investments, and dollars, and so on.

The experts confirmed that the stimulus has played a role...

...The man, who also apparently mentioned the Nasdaq, the Dow, and the Japan one at some point or another, talked for a really long time about credit or reductions or possibly all these figures, which somehow relate to China...

...Paul Krugman, New York Times columnist and 2008 winner of the Nobel Prize for something in one of those economics categories, acknowledged in an editorial this week that the SEC must work closely with the stock market, Wall Street, and the New York Stock Exchange to maintain the bulls, bears, and opening bells. Krugman also said something could spur lending or trading or budgetary measures.

Email ThisBlogThis!Share to TwitterShare to FacebookShare to Pinterest
Labels: economic crisis, the economy