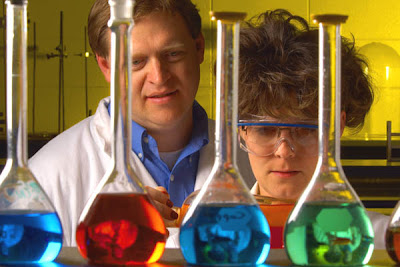 The Bush tax cuts, which have so devastatingly plunged us into debt -- debt, by the way, over which teabaggers and the RWS™ and every R in Congress are apoplectic -- are set, by design, to expire at the end of this year. By design. By law. The way George Bush, guided, as we now know, by God, intended.
Congressional Rs are determined to stop any and every action Obama and Ds propose. They're even planning to replay Newt's greatest hit, the shutting down of government. How can we address the deficits if Rs continue to raise alarums about it but steadfastly refuse to take action? What's a Congressional D to do?
Answer: nothing.
NOTHING. Why all the machinations about Obama's plan, Bush's plans, getting something done, when doing nothing takes care of the whole ball of tax? Go home, run for reëlection, spend your time running away from health care and President Obama. Don't do a damn thing, and everything will be okay, just the way G and G planned. It's perfect. They, it turns out, were perfect. Because by doing nothing -- at which Rs have become absolute experts -- taxes revert to those of the Clinton era, deficits disappear. Gone in the trash, tossed like a breakfast teabag. And, like teabaggers after Glenn Beck, budget balance will follow without a further thought.
So, what's the problem? All Congress has to do is not a goddam thing.