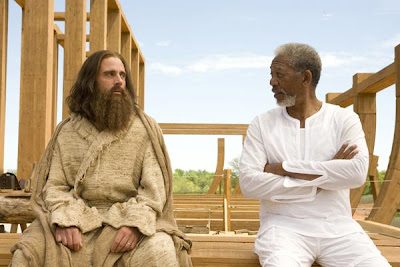 Washington's only Jewish high school was defaced Thursday night by anti-semitic graffiti, including swastikas and references to gas chambers.Members of a congregation that meets at Northwest Yeshiva High School on Mercer Island discovered the vandalism Friday morning, said Rabbi Bernie Fox, head of the school.

Question for creationists: Is humankind really the best God could do, as small-minded and nasty as we are? Companies that put out crap that breaks down or doesn't perform as advertised, go out of business, and well they should. If homo sapiens is God's finest work, what does that say of his craftsmanship? Shouldn't he be let go? Retrained, at least? Shouldn't his work be recalled and the defects repaired? If Toyota, why not God? Why hasn't Consumer Reports weighed in? Where the hell is the CPSC?
What a miserable, sad, frightened, weak, hateful, ignorant, and altogether wanting lot are we. If we are created, someone severely messed up the blueprint. Bad architect, bad engineer.
The Day of Atonement just passed. Who should be apologizing to whom?