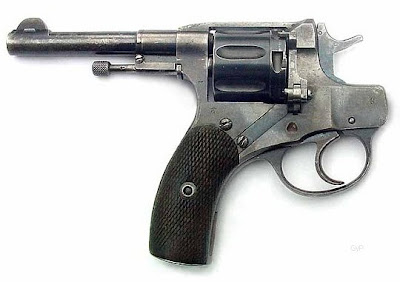 In a statement bearing as much surprise as an announcement that water quenches thirst, David Petraeus says the plans of a church (here I go again, bashing Christians) to burn Korans on 9/11 could endanger lives of our troops. Gee. Really? Think it even might turn friends into enemies?
These people are idiots. (Among other things, lost on them like warmth on a witch's tit is the association of book-burning with the sorts of people they claim to abhor.) They exemplify perfectly the poison that people pour into our body politic, in the name of some perverted idea of faith, of right and wrong. Worse (though not by much) than the anti-non-mosque at non-ground-zero crowd, they're not just expressing a short-sighted and narrow-minded opinion, they're deliberately trying to enflame. Both, though, are clearly doing us harm. And yet I'm sure they'd all say that our wars are god's work, and that they support the troops 100% (as long as they don't have to pay taxes to do it.)
In words that should be in my previous post, on irony, Sarah Palin, hater of non-mosques at non-ground-zero, has this refudiation of book burning:

I would hope that Pastor Terry Jones and his supporters will consider the ramifications of their planned book-burning event. It will feed the fire of caustic rhetoric and appear as nothing more than mean-spirited religious intolerance. Don't feed that fire. If your ultimate point is to prove that the Christian teachings of mercy, justice, freedom, and equality provide the foundation on which our country stands, then your tactic to prove this point is totally counter-productive.

The man of god has announced they're going ahead as planned. He's a guy who wants his country back, I assume. Which one would that be? Not, evidently, the one with lifted lamp.
Some have raised concern that it's not up to military leaders to make judgments on civilian activities, even such noxious ones as this. I think they have a point, and this article makes it well:

I've long argued that the way Americans treat Islam and Muslims definitely has an effect on the fight against terrorism abroad, but I'm uncomfortable with Petraeus drawing a direct line of responsibility between whether or not American troops live or die and whether or not a group of radicals holds a "burn the Quran day." There's something about that statement that crosses the line for me -- I just don't think that in a democracy people in uniform are the proper arbiters of what constitutes appropriate free expression, even when it's an event with fascist overtones as obvious as a public book burning. Suffice it to say that if Republican elites were committed to tamping down Islamophobic hysteria rather than exploiting it and Democratic officials were less timid about assembling a national-security narrative in which America was strengthened instead of weakened by its tolerance and religious plurality, we wouldn't be here.

Still, someone needs to call out the fundamental stupidity and destructiveness of the planned burning. And I find the last sentence, above, by far the most important, which is why I bolded it, and have said as much before. Rs are fomenting hysteria for political gain, at obvious cost to our country, and they couldn't care less. (The party leaders have been notably mum.) And Ds have failed to point out the obvious ways in which American tolerance and pluralism are part of our strength.
More thoughts on the military/civilian thing, here. A salient comment therefrom:

In my view, the general crossed a line. But he did so out of a sense of responsibility - as in his insistence on the importance of the Israel-Palestine question to the broader war. Alas, I see the American far right - in which I include the likely Republican candidates for president - crossing far worse lines of incitement out of irresponsibility and cheap politics. And then a farce like Palin - who wants more aggressive Israeli settlement in the West Bank and conflates the Cordoba complex with bin Laden - simultaneously declares her love for the troops.

And what is the price for her? It wins her votes. It flatters her vanity. It rouses the true believers. And it helps lose the war. (emphasis mine, big surprise.)

As usual, I don't know which is more depressing: that we have a party (and its universal propaganda wing of the airwaves and photons) shamelessly using hate as a political tool; or that there are so many Americans only too happy (or too stupid not) to be used this way.
Okay, I do know: it's the latter, by far. For it is on their backs that we ride ourselves to oblivion.
[Update: he's canceling it. Good for him. And he plans to meet with Imam Rauf. Hope he reads this first. It's pomegranates and hand grenades.]
[Update #2: Gates called him. Love to have heard the conversation. And the conversations before the conversation.]