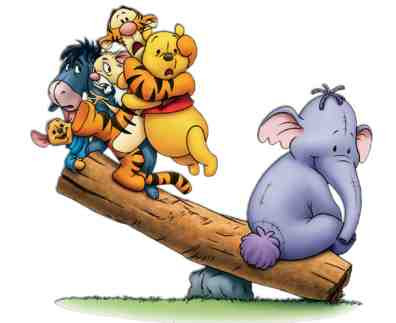 In theory, I like the idea of a two-party system. (Whether we need more is a matter on which I have no particular opinion.) Our country has often been ill-served when one party had all the power -- the best example of which, of course, has been the first six years of Bush and his congress. And whereas I think it's long past time to put the Republican party as it's now constituted far on the back burner, I worry a little bit. I know of a time when there were great leaders on both sides, people of integrity, of substance, who had the ability to take a long view of matters; people who'd find areas of compromise for the good of the country. Johnson, Dirksen, Javits, O'Neill, Hatfield, Jackson. The list is longer than I care to research.

Blogging rage to the contrary, I consider myself a moderate Democrat. Socially liberal, I'm more conservative economically. Harry Reid often annoys me; Nancy Pelosi regularly embarrasses me. So there's a part of me in which resides a modicum of concern, were Obama to win and the Democrats increase their numbers by huge margins. I'm not the only one to express such concerns, of course. Moderation and counterbalance are the sinews of our Constitution. Unchecked power is not a good thing.

I wish I thought there were real statesmen, of the old kind, remaining in either party of Congress, especially among the Republicans. From where I sit, there aren't, and it's a shame. Even more so in these amazingly, comprehensively scary times, we need reasonable and thoughful and knowledgeable voices on all sides, not only to keep each other in check but to provide the fulcrum on which to bend ideas into workability. The politics of the last couple of decades has been disastrous. It's produced Gingrich, Armey, Pelosi (not anywhere near as destructive as Newt), Hannity, Limbaugh, and drowned out the real thinkers: Dodd, Biden, Chafee, Snowe, as examples. It's brought us to the brink.

And that's why the attempts by McCain and Palin to win ugly, resorting to and doubling down in the slime-pit of divisiveness, hatred, and fear mongering is so despicable and dangerous. It scorches the earth, it eliminates any chance of comity, on Main Street, as they like to say, and in Congress. It elects assholes. Only for the purpose of self promotion, it's incalculably destructive. It's suicide.

Or is it murder?

I don't count Obama among the bad ones. Yes, he's had to go back on his rejection of attack ads; had he not, he'd have gone under. But he's head and shoulders above it, mild by comparison, and mostly fact-based. And it's clear, when one listens, that he has consistently enunciated the need for finding common solutions to common problems. It's our shared humanity and our intelligence to which he appeals, not our prejudices and stupidity. Inclusive, not divisive, he's exactly who we need in the White House in these times: smart, thoughtful, calm; willing to listen, to engage all sides, to gather the best opinions from the best people; gifted with the ability to synthesize it. It's not about him that I worry.

What we need, and seem most clearly to lack, is people the equal of Obama in Congress, on both sides of the aisle. Especially on both sides. If he's elected, I don't want to see the Democrats go nutz. I want credible people on the other side to put on the brakes a little; not in the screw-you, party-first sort of way we've seen the last many years, but in the wait-a-minute, have-you-considered-this sort of way that used to exist. The let's-work-together-for-the-common-good sort of way that the founding fathers envisioned, and embodied. There are a sorry few to be found, on either side.

The last thing we need is gridlock. The next to last thing we need is another runaway of ideas, unchecked, from either party. Neither of them has all the goods. That the Republicans have become the party of anti-intellectuals, of scorn and denial and divisiveness; that they are turning away all but the most rabid mouth-breathers is a tragedy for our country. Credible, thoughtful opposition serves government well.

If McCain wins, it'll be unmitigated disaster, both because he's such a volatile guy and shallow thinker, and because he'll have left a trail of rubble and resentment that will produce the same tit-for-tat that we've been witnessing ad nauseum. If Obama wins, he'll have the majority on his side, and will be able to get legislation passed. In order to get enough of the electorate on his side, however, in these tough times, he'll have to be able to cool the flames of hatred McPalin have fanned. A tall order, boding ill for us all.

And he may well have to wield his veto pen to keep his party from going crazy.

(Nor would I wish the presidency on either of them, at this point. It seems it'll take longer than four years to right the ship; and in the current climate, it's hardly likely that we'll see a country willing to give him the time or support needed. The times call for the inspiration and trust that only Obama, of the two, has invoked, and has a chance of providing. But it may not be enough. That McPalin have willingly poured gas on the fire, and that so many of their supporters love it like the air they breathe is deeply disgusting, profoundly dispiriting. If it works, again, it says things about us so horrible that I might not be able to face it.)