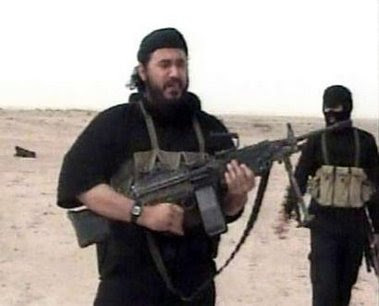 Who knows what exactly to make of this, but it certainly fits with what I've said many times: the "War on Terror," as constituted by George Bush and trumpeted by John McCain -- and, most specifically, the invasion of Iraq -- has done more for al Queda than they could possibly have dreamed.
As they watch from wherever, living in whatever, their glee must be hard to contain: the US is bogged down in two wars, their own strength is increasing, and our economy is in the tank. As to the latter, I'd guess they see the expenses incurred as a result of our misguided war as a prime factor. Keep it up, they must be saying: we're bringing you down and all it took was three airplanes. You've done the rest to yourselves; and, if we're lucky in the election, you'll continue to do so. Go, Johnny, go.