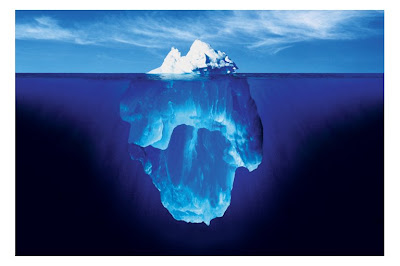 Today's advance in the stock market says, in ways more obvious than the many others out there, how far from relevancy George Bush has taken the US. (And, by extension, since he agrees with the essence of Bush's foreign and domestic policies, how much further McCain would lead us.)

George Bush fumbled around and came up with a plan (agreed to both by Obama and McCain) that was by most accounts better than nothing but which missed the mark; at least, one could say, that was the judgment rendered by the markets, which tanked. Henry Paulson has looked confused (though not as much as McCain.) It took the leaders of Europe, guided, it appears, by the leftist Gordon Brown of England, to produce a plan that engendered confidence. At least the US plan had in it, one infers, some flexibility; because now it seems the approach has changed in ways which make it similar to that proposed across the pond: injecting capital and taking a stake in some banks, instead of buying up "toxic debt."

In no way is economics my strong suit. It seemed obvious that something had to be done (and that John McCain, taking credit for the passage and then for the failure of the bill after the bill, was of no help at all) but I had no basis for knowing what it might be. (I have been asking people I know who might have a clue, why buying up debt was a better use of the money than providing capital directly, and got not much of an answer.) It's reported that it was Paulson (and, therefore, Bush) who insisted on the US plan as proposed and that Ben Bernanke was for the European approach (I read that this morning, and now I can't find the damn link). Under the crisis scenario claimed by Bush, et al., the Congress felt great pressure to act rapidly. They may have done better, it turns out, to have thought a little longer. All of them. Nevertheless, it's impressive that when it was clear the crisis was spreading to Europe, those folks acted with diligent speed and came up with something far better received. George Bush, once again, looks wrong-headed. Our congressional leaders, not a hell of a lot better.*

A one-day rally does not recovery make. How long the tunnel is, and whether that's actually a light at the end of it remains to be seen.

[To those who'd point out that Obama was party to it, I agree. But -- as opposed to John McCain who showily injected himself into it and then flopped flopped like a grounded fish -- Senator Obama acted like a Senator and not a president, which he is not, yet. He came, he spoke, he voted (McCain voted but didn't speak), leaving the process to those in Congress whose job it was. Were he President, I think he'd have played a very different role. And, given his prescient vision on the matter, I'd guess he'd have handled it differently from Bush.]