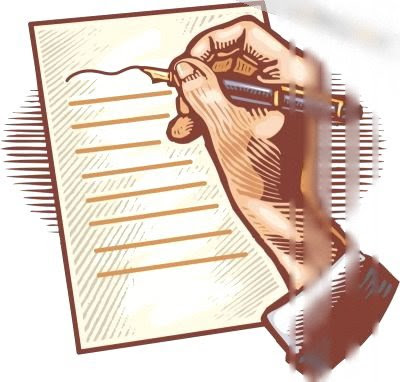 I'm happy to give you the benefit of the doubt, here. Ascending the political stairway in Alaska, you didn't have to consider certain things. In a state that's pretty much homogeneous (that's not a sexual reference, by the way), where money flows from the pipeline to its people, and from Washington in gushers, you've never had to wonder about tone and truth. It's not been much of a problem (although the gate is a little bit open) to use political power to personal advantage, and gaining that power didn't require turning people against one another. So I think it's quite possible -- understandable, even -- that you don't recognize the potential damage, the actual damage, of what you have now agreed to do in running a campaign of polarization. In Alaska, there are no parallels. Down here, in the lower forty-eight, your descent into smear and into the mongering of hate and fear threatens our existence. I'm not kidding. It's that serious.

Maybe you know how untrue is your statement that Barack Obama "pals around with terrorists," and your implication that he is one himself. Perhaps you've even made an effort to understand (if you were to do so, you might even agree with) his statement, in context, that our strategy of focusing on bombing in Afghanistan was risking serious alienation of its citizens and is counterproductive. For the troops (for whose welfare, unlike John McCain, he voted in the form of the new GI bill) and for our cause there, which he has said from the beginning was abandoned prematurely. I suppose it doesn't really matter whether you know or not, other than what it says about you. What matters is how it inflames a certain part of our society, and how that sort of divisiveness has gotten us to where we are today, and how it threatens any real hope of finding our way back.

Coming from Alaska, a place pretty much free of the strains facing the rest of us, you may not understand the difficulties of finding common ground, nor even of the need. When you smile from your podium at the crowds before you, as they shout, derisive and vocal in their hatreds, naming Senator Obama a terrorist, treasonous, calling for his death, perhaps you find it exhilarating. Never, I'm sure, have your words fallen on and stirred so many. A far cry indeed from playing the flute in a beauty pageant.

Can you see how dangerous it is? Not just for Senator Obama: for our country. Does it occur to you that, as we head into a worldwide economic downturn the likes of which none of has seen, fomenting hatred will make helping each other that much harder? Isn't such behavior anathema to your faith, by golly; were your political aspirations, ever, at first, maybe, to lift people up and to help them? Granted, this much help was never needed in Wasilla or Juneau. But we're really hurting down here. Our country is in two wars, its military is stretched, our economy is crashing around us. People are losing homes. The world economy, thanks largely to the exporting of our unregulated financial instruments, is teetering along with ours. For the last eight years, the world already had a pretty low opinion of us. Now, our need for countries to wish us well is even greater. On top of all that, we're running out of oil, the ice is melting, health care is a mess, our education system doesn't measure up. Facing this, do you really, in your heart of hearts, have no compunction about dividing us against ourselves? Are you really so free of values and ideas of your own that it bothers you not at all to campaign in the way you are? Can't you see a need for something better?

Your time is valuable, and I'm going on too long here, Governor. But I'm physically ill over it (you said you were ill over the bailout, so I guess you can understand how outside events can affect a person.) Barack Obama has spoken not just eloquently but really thoughtfully about all of these problems. I'd bet the oil in ANWR that if you saw his words and didn't know the source, you'd really like a lot of it: most of it isn't partisan at all. It's about solutions, about the need to listen to each other, respectfully, finding common ways forward. And where you disagree, why not say so in positive ways? Now, facing problems the seriousness of which the world has never seen, aren't respect and open-mindedness exactly what we need? Must we not search among all of us to find the best ideas? The twisting of words, the fomenting of hatred in order to gain purely political advantage -- don't the times call for better?

Please. Think about what you are doing. Look at your crowds, listen to them as they spew hatred for liberals, for Senator Obama, for the press. For half the country!! For the foundations of its liberty!! Please. We can't take it. We literally may not survive it. Stop, think, reflect. This is real, it's serious. It's much bigger than a sports complex in Wasilla. There could well be no tomorrow. If you have ideas, let's hear them. If you get that a country in peril needs all of its citizens to look at one another and see themselves, say so. Or is it just about winning? And if so, to whose benefit, to what end? Have you ever really thought about that? In Alaska, such questions didn't matter. Now, they really do.

Thank you for your time.