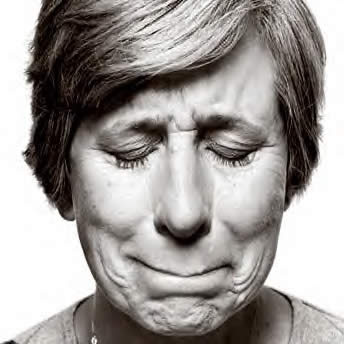 The Republican apologists and political pundits who are already doing post-mortems on the John McCain campaign seem to agree: the crashing economy came out of nowhere and stole the election from him. Right. But wrong. It's not the economy, stupids, its the way he responded to it.

Poor guy, they say. He was doing great, but the economy -- the tanking (or is it cratering) thereof -- gave the election to the Democrats. Horsepucky. To the extent that the election is swinging Obama's way (and it's WAY too soon to believe it), and to the extent that the economy is a factor, it's because in his reaction, John McCain has looked out of it and ineffectual. "The fundamentals of the economy are strong," he said, as the walls crumbled. Grandstanding, he non-suspended his campaign, called for delay of the debate. He said he'd fire Christopher Cox, he returned to Washington, where he accomplished nothing, misstated the state of the bailout twice, sat mute at the much ballyhooed White House conference.

Had John McCain actually appeared as a leader, as someone who understood what was going on, who advanced the ball, it's my opinion he'd have had a chance to look okay. But he didn't; the economy didn't damage him: he damaged him. By contrast, Barack Obama called for a joint statement from himself and McCain, recognized the need to let the Congress do what it does, went back and did his part, made reasoned proposals. And suggested the people needed to hear the debate at this of all times, that presidential candidates ought to be able to multi-task.

I doubt newspaper endorsements affect many votes; but it's interesting to me that there's a growing list of those that have rarely -- and in several cases NEVER -- endorsed a Democrat who are doing so now. In very red cities and states. There's a consistency of reasoning: temperament, intelligence, inclusiveness. And Sarah Palin.

I've been disappointed often enough to remain unsure. It seems campaigns have too often turned on the trivial. So here I am suggesting that voters may be showing signs of maturity, of voting the issues for once. Of voting for the person who seems, paradoxically, to be the adult in the room, the consistent thinker, the steady and reliable and intelligent.

I could be wrong.