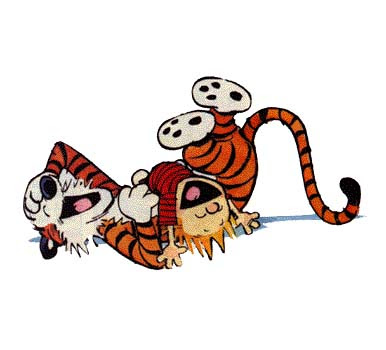 When does it simply become farce? I suppose when it's this serious, the answer is "never." Still, John McCain and Sarah Palin are saying such outrageous things lately, that laughter might be the only appropriate response.

Briefly tacking back to substance, John McCain discusses energy. In the process, he derides Barack Obama for suggesting he'd consider nuclear energy, but thinks it ought to be "safe, environmental...blah blah blah." Is literally how McCain put it. To the hoots and hollers of his audience. What typical liberal bullshit: safety. Of nukes. And the audience cheers wildly at the put-down.

Are we on the same planet? It makes his air-quotes around the issue of women's health seem positively new-age sensitive. How can it be that an audience would jeer the idea of nuclear safety? Chernobyl anyone? Three Mile Island? Submarines (at which they really laughed. A knee-slapper!)? Who ARE these people?

And Sarah Palin, who never phagocytosed a lie she wouldn't tell, is still spreading the previously-debunked nuttery that Obama has already written his inaugural address. (The right-wing blogosphere vibrated with the news, which derives from the fact that John Podesta, in a book he wrote while still working for Hillary, proposed an inaugural speech he thought a Democratic president ought to give.) The woman who says her source of information, magazine- and newspaper-wise, is "all of them" might be thought actually know the real story. Yet on she lies, with the fluidity of the Kenai. I'd laugh, if it weren't so appalling. Is there no one on the right who finds this too much? Is everything acceptable to further the cause, such as it is? Is there nothing she can say from which even partisans would recoil, thinking, hey can't she find something true to say? Is our party so bereft?

Or how about her latest escalation of the "wealth redistribution" theme: Obama wants to nationalize all property. He's a terrorist socialist communist America hater now. Che Guevara? He wants people to be able to share in the wealth (what's left of it) of this nation, and that makes him a communist? Is that the only model? From a simple phrase, the only manifestation of which is a proposal to raise the tax rates on the wealthy to where they were eight years ago, in prosperous times, Palin claims he wants to take everyone's property. Did she come up with that herself? Do the words burn her lips?

If she's the face of the new Republican party, it's no about-face. Same old, same old, is what it is. The stuff that got us where we are. Maverick? Well, yes, when it comes to truth.

Maybe, as the McPalin campaign resorts to such outrageous falsehood, some potential supporters will turn away. In these perilous and demanding times, where reasoning and cooperation will be demanded in amounts not seen since 1776, one would certainly hope so. But that was then, when education and discourse were valued. The party of Thomas Jefferson, the most educated and brilliant of our founders, holder of the largest collection of books in the country in his time, has devolved to the party that elevates mediocrity to a sacrament; that considers cluelessness a virtue, and facts irrelevant.