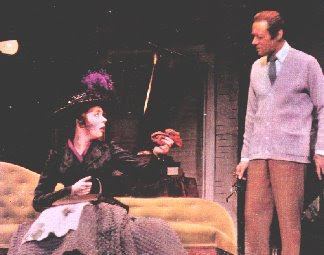 "Okay, Sarah honey, hit that delete button in your head, we've got some new stuff to put in."

"I'm ready, Johnny. Hey, don't look like that. You said I could call you Johhny, remember?"

"Yeah, yeah. Let's get on with it. So here's the next line. A while back the uppity prick called our troops killers. Got that? Skinny shithead says all they want to do is kill civilians."

"Zip it, baby. You find everything hard. Just listen up. Take notes if you have to. See, someone asked him why we needed more troops in Afganistan and he said so they can kill more children."

"....Whatever. Anyhoo, it still seems sorta harsh. Whatcha got on the cards?"

"He said, "We've got to get the job done there and that requires us to have enough troops so that we're not just air-raiding villages and killing civilians, which is causing enormous problems there." Arrogant sonovabitch."

"But Johnny, doncha think maybe he was saying, you know, air raids are sorta gross and they kill extra people, mainstreet folks? Like from the air. I mean when you were a pilot..."

"Jesus Christ you little c@@t! You're not here to think, you prettified.... If I wanted someone who could think I'da picked Kay Bailey Hutchinson."

"Now Johnny, don't get your coronaries in a bunch. I mean, if you do, I might be... Anyway, wasn't he just saying having troops on the ground would mean we could be more accurate? Ya know, not make so many people mad at us? I mean, really, what's so bad about that?"

"Listen, baby. You've already embarrassed the hell out of me, okay? Shut the fuck up and find a place in that empty head of yours for a few more facts, okay? Okay? Heh, heh, huh?"

"Well, Johnny, here's the thing. Ever since that Katie lady told me about newspapers, I've been doing a little reading. Even George Bush ... now Johnny don't make that face... said killing civilians there was giving us a bad name. Couldn't that be right? I mean, look, even that terrorist you told me lived with the black guy? I mean, geez, he sounds like he mighta got saved or something, got the witches out of him maybe, because he's like a teacher at a college or something and was on charity boards and advised the mayor and stuff like that when the black guy met him. I'm not so sure..."

"Sarah, I'll say this once, and I'll say it slowly so your dimpled little peanut brain can take it all in. If you want to ride this train, you do what I say and you say what I say like that good little girl I know you are. Don't get all Cindy on me. High ground, my ass."

"Gosh, Johnny, you're kinda ugly-looking there. I mean golly, there, doncha think we should be telling the truth? We're calling the guy a terrorist loving troop hating unAmerican. I mean gee doncha think there we could rile people up too much, make'em crazy? I thought we had good stuff to say. Ya know sometimes I'm wondering if this is the right thing we're doing here.... Johnny? Johnny? Hey, whyya looking like that? Whereya goin' Johnny? Don't go. Don't bring back that snowboard water thing. Johhny? Johnny? Please, don't send in Rick Davis. Don't send in Steve Schmidt. Please Johnny. I'll be good...."


[I acknowledge that the above gives too much credit to the moose hunter. I don't for a minute think she feels bad about what she's doing. And I'd bet my left one that she neither read what Obama said in the one instance, nor cares about the bigger picture of Wm. Ayers in the other. Nor spent any time considering the implications; no sleep lost whatsoever. And, as her words seem to be inciting really distressing hatred among her avid supporters, she shows no sign of moderation. "Kill him." "Treason." "Terrorist." This is the world she grooves in; easily, thoughtlessly. I'd say also cynically, but that implies a degree of self-awareness. I think she's too clueless really to understand the truth or implications of what she's doing, and that is certainly consistent with my little fantasy.]