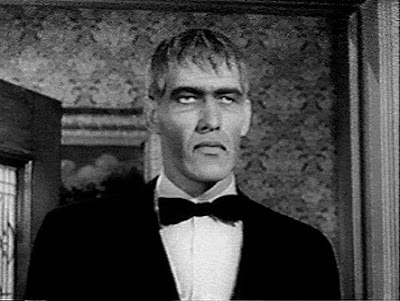 It's almost funny, were it not so pathetic. Over the weekend, McCain announces he'll be releasing a new economic plan today. Lindsay (I'm as self righteous as Joe Lieberman and even smarmier) Graham was out there on the tubes saying the plan "will be a very comprehensive approach to jump-start the economy, by allowing capital to be formed easier in America by lowering taxes." Well, it's today. Oops.

The operative words, to pick only a sampling of the applicable, are erratic, disarray, incoherent, confused, unbalanced, lost. Which is not to say the campaign is over. I've written about how conservatives think differently from liberals; about that amazing study showing that when presented with facts which disprove a position, they actually increase their belief in that position. Today, McPalin are out with a new ad that even more brazenly hypes the Obama-as-terrorist connection. (For an excellent fact-check, read this.)

So I guess the question is this: will people take note of, and be appropriately distressed by the way, under duress, John McCain is lurching around like a zombie, or will they recede into the ooze of guilt-by-association, distortion, and lies? I'm hopeful; but, past being prologue, I'm a long way from confident.

Update: Gee, after Obama came out with a comprehensive plan today, it looks like McCain changed his mind again. My neck hurts.