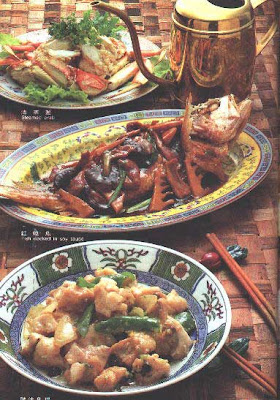 Okay, I admit I wimped out. For mental health reasons, I decided watching the VP debate had too much downside: my brains already feel like they're ready to leak out of my ears. So my wife and I went out for Chinese during the broadcast.

By now I've read several online reviews, seen a few clips, looked at some insta-polls. Sounds like Sarah did well enough to satisfy those who wanted to like her, delivered her memorized lines adequately, did cute. She even announced (for obvious reasons) that she'd not be answering questions as asked, if she didn't feel like it. Gotta love it. Biden, by many accounts, was much more substantive and on that score, even according to some Republicans, won on points. Undecideds (how can they still exist???!!!) had higher opinions of J than S, numerically, but 70% still remain non-committal. (Really? Who are these people, and what the heck are they waiting for? Ferchrissake the world is coming apart before our eyes!! They need more information?? Maybe it's so they can still get on TV.)

So. Probably not a game-changer. Certain of my readers who are so inclined will find reason to love Sarah. Those of us who prefer substance that goes beyond memorized talking-points, will continue to love Joe. And the process continues.

I'm not sure I'll survive it.

[Update: well, numbed a bit by the above-described desensitization, I watched some re-runs. She winked, she smiled. When not talking, she boned up on her talking points. She proved she's trainable, if not educable. Roger Ebert had a great phrase: "In university terms, she was being asked to defend her doctoral thesis without having written it."

What's most pathetic, really, is that her side managed to force rules that allowed her nonsense and distortions and subject-changing to stand, unrebutted; nor to have had followups that would have required digging below the 3 x 5's. It is, once again, a clear indicator of the failure of our politics: that "cute" and "likable" and willingness to spend days learning someone else's points of view passes as some sort of discourse, as reasons to vote for someone. Beyond sad.]